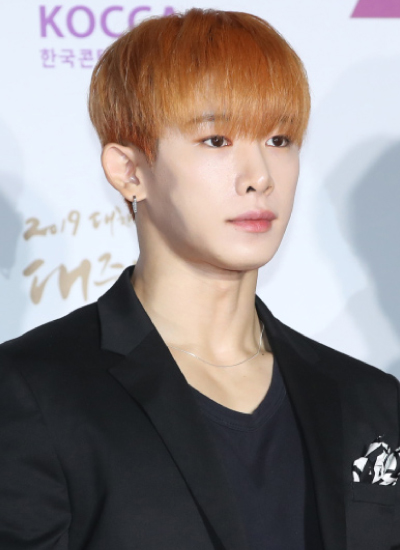 Wonho left Monsta X on Thursday in hopes of minimizing the damage inflicted upon his group following a streak of rumors surrounding the singer that spread earlier in the week.

The news goes back to Monday, when celebrity Jeong Da-eun posted a photograph on Instagram of Wonho appearing on TV with the caption “When will you pay me my money Wonho?”

Although Starship Entertainment stated that “the rumors surrounding Wonho are not true at all,” Jeong posted text messages with Wonho’s attorney asking her for details.

According to Jeong, she and Wonho had previously lived together, promising that they would split the rent. When he failed to do, it was taken from the 10 million won deposit that Jeong had paid.

“He stole my things and sold them off so many times that it’s impossible to count them all. He said he would pay it back […] But he’s only paid 2 million won,” wrote Jeong.

“I know what you did in 2008. Suwon Detention Center. Special larceny. [I haven’t] even started. Isn’t a youth detention center a criminal record?”

On Thursday morning, his agency Starship Entertainment stated that they would be taking legal measures against Jeong, but after the singer’s announcement later in the day, it said, “We respect the wishes of Wonho, who would like to stop the damage he’s doing to the group with his private matters,” in a press release.

The team will continue as a six-member group, but the agency “will continue with the legal measures against malicious things being said on the matter.”