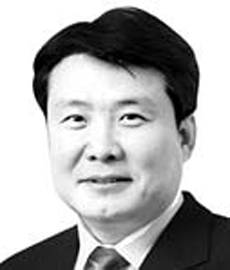 University of North Carolina professor Barbara Fredrickson argued that the ratio between positive and negative factors in life should be 2.9:1 to feel happy. Using that equation, almost three compliments are needed for every criticism. However, the National Assembly is far from deserving a compliment. Late politician Kim Jong-pil, who served nine terms, said that the National Assembly is like strong servants who don’t work.

But anyone who excels in his or her field, whether it is Baduk (Go) or venture business, ends up in politics. But these heroes did not show much presence or bring changes in politics. They use their popularity to win the election or help the party. They know they will be criticized but still enter politics because they want to snarl at the National Assembly as they wish. They are not interested in the interests of the people but are keen to secure their own interests. They often collude and do not to abide by the laws they create.

The current National Assembly session is adding one more record by not abiding by the Election Act. According to the law, the deadline to finalize the population for electoral districts is approaching. That should be followed by the registration of absentee voters and registration of primary candidates. However, voters and candidates don’t know about the electoral districts yet. In fact, the ruling and opposition parties and lawmakers who want to revise the election act have no idea. The revision is to reduce the districts and increase proportional representation, but it is going the wrong way. A plan to increase the total number of assemblymen was proposed, and it is gaining support. In fact, there is no law that a revision cannot be revised.

The problem is that the revision, and the revision of the revision, is far from political reform. An election should be worthy of an election. The election outcome can be normal when the election process is normal. The first step is to agree on the rules of the game among players. But simulations show that the current revision is disadvantageous to the Liberty Korea Party. But one side wants to change it as it wishes. The Democratic Party argues that changing the current small electoral district system is an example of political reform, but it is not always the case. When the small electoral district system was introduced, then-opposition leader and former president Kim Dae-jung said that it was a political reform that prevented the election of ruling and opposition parties at the same time.

Collusion to increase the total number of lawmakers is also a problem. While privilege and compensation are to be reduced, there is little equivalence and realistic possibility. It is a promise always mentioned for elections. Ruling and opposition parties had pledged to reduce privilege and compensation last time, but staffing and compensation were actually raised. They are openly asking voters to be deceived. The politicians consider the position of the assemblymen as a means of success, and they ignore how voters may feel.

Koreans are not alone to struggle with political risks. Britain is the cradle of democracy and is also struggling. Former British Prime Minister Margaret Thatcher, who cured the British disease, said that they tried to do something in the past, but politicians were only interested in power. But in any country, politicians are conscious of the voters. The parliament in Italy is similar to the National Assembly of Korea as it is a symbol of privilege, power abuse, irresponsibility and distrust. There is criticism for the inefficient lawmaking system. But the Italian Parliament recently passed a bill to reduce the number of assemblymen by one-third.

Korea is engaged in a shame worse than Italy, which is considered the worst in the world. For the 2007 presidential election, Huh Kyung-young’s absurd promises were ridiculed for being ludicrous.

However, 10 years have passed, and a considerable number of them were realized, including senior benefits and childbirth grants. Huh has announced his bid for the 2022 presidential election, and the first campaign promise is to reduce the number of lawmakers to 100 and put them in a mental training camp first.

Many people think 300 are too many. Everyone knows. But if the number is increased and packaged as a reform, it can collapse at once. If the election is held according to the current law, the lawmakers won’t be criticized for harming the nation.