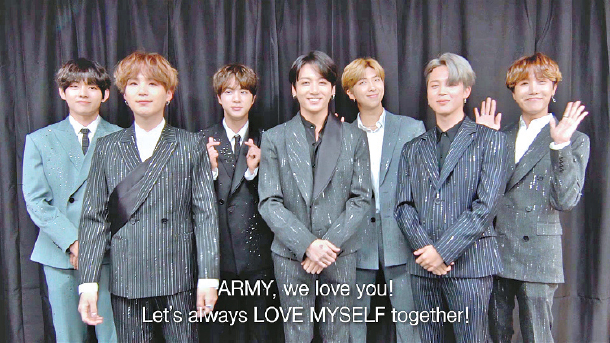 The Social 50 ranks artists based on activity on social networking sites like Facebook, YouTube and even Wikipedia. Specifically, popularity is determined on “their weekly additions of friends/fans/followers” in addition to “artist page views and weekly song plays,” according to Billboard.

The group is second only to Canadian pop star Justin Bieber, who topped the list 163 times. Taylor Swift and Rihanna have topped the Social 50 chart 28 and 21 times, respectively.

BTS wrapped up its 14-month-long “Love Yourself: Speak Yourself” world tour in Seoul on Tuesday.

The group released a promotional video for Unicef Korea on Friday as part of “Love Myself,” a campaign to stop violence against children worldwide.

BTS is expected to light up the stage at the 2019 Mnet Asian Music Awards, which will be held in Nagoya, Japan, this December.