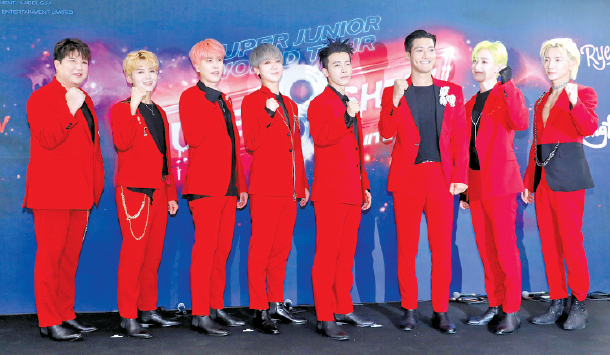 Veteran boy group Super Junior is set to perform at the Saitama Super Arena in Saitama, Japan, today as part of its ongoing world tour.

The SM Entertainment artist will hold concerts at the 37,000-seat venue through Monday for the “Super Junior World Tour - Super Show 8: Infinite Time in Tokyo” leg of its tour.

In February, the group is set to head to Osaka and Fukuoka in Japan for more shows after the release of its upcoming Japanese EP “I Think I,” set for release in January.

Super Junior, which debuted in 2005, released its ninth full-length album “Time Slip” last month and held concerts in Seoul. The group is expected to announce more dates and locations in the upcoming weeks.