Coupang named a former Nike and Walmart finance executive as the leader of its accounting team, the e-commerce giant said in a statement on Friday. 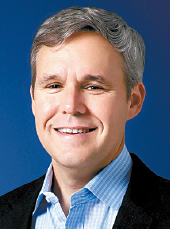 “I was attracted to Coupang because the company is revolutionizing the e-commerce industry and transforming customers’ lives,” said Parker. “Coupang has a huge selection of items and has created a delivery system that goes right to the customer’s home. That makes it possible to deliver millions of items in hours and pick up returns at the customer’s door without a shipping label. This doorstep service is solving the problems that have challenged other e-commerce companies.”

He was responsible for Nike’s external and SEC reporting, technical accounting and policy and internal controls governance, according to Coupang.

A rapidly growing company, Coupang has been aggressively expanding its business in the e-commerce industry. Earlier this year, it rolled out a trial service for the food delivery service Coupang Eats.

The aggressive investment, however, has resulted in snowballing debt.