Choi Yang-ha stepped down as chairman and CEO of Hanssem on Friday after more than 40 years at the furniture company.

Choi, 70, has been replaced by Vice President Kang Seung-soo. 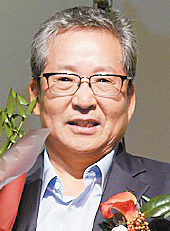 He had a small retirement ceremony on Friday.

“I have been preparing for the retirement for the past several years,” said Choi at a luncheon with Kang, 54, on Oct. 29.

“I want to offer the trials and errors of my experience,” said Choi. He will be an adviser to Hanssem after resigning.

Choi was chairman for 25 years. He is seen as a major contributor to transforming a mere carpenter’s shop into a furniture corporation with 2 trillion won ($1.8 billion) in sales.

After studying metal engineering at Seoul National University, Choi worked for Daewoo Heavy Industries & Machinery, which is now Doosan Infracore, for three years before moving to work for Hanssem as a regular employee in 1979.

“More challenges, larger opportunities,” said Choi about having transferred to Hanssem, which at the time was only a nine-year-old company.

Choi promoted automation at the company.

“Hanssem is not a furniture seller, but a company that sells space,” said Choi.

In 2013, Hanssem became the first furniture company to achieve 1 trillion won in sales. In 2017, its sales reached 2 trillion won.

In late 2017, the company became the subject of national criticism after it was suspected to have hidden a sexual assault involving a female employee.

“Social values have changed, but the company hadn’t been able to respond properly,” said Choi about the incident at last year’s general board meeting.

Choi owns shares in Hanssem worth 48.9 billion won based on the closing price of Tuesday.