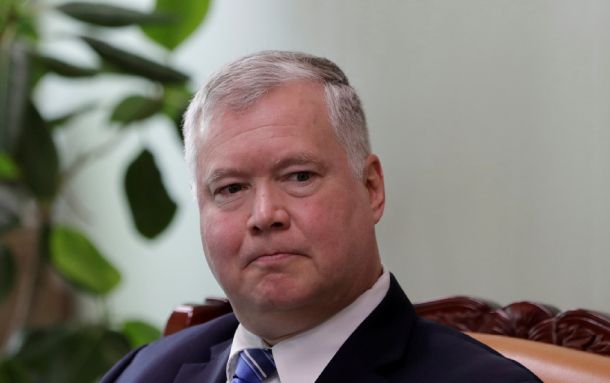 The nomination of U.S. Special Representative for North Korea Stephen Biegun comes after Deputy Secretary of State John Sullivan was picked to be Washington’s next ambassador to Russia. His nomination requires Senate confirmation.

In a tweet, Secretary of State Mike Pompeo said that Biegun has been and will continue to be an “effective leader on DPRK efforts” - an indication that he would remain Washington’s top envoy for the communist state.

DPRK stands for the North’s official name, the Democratic People’s Republic of Korea.

“Glad to hear of President @realDonaldTrump’s announcement of his intent to nominate Steve Biegun as Deputy Secretary of State,” the secretary of state tweeted.

“His expertise in this new role will be good for @StateDept and America,” he added.

Speculation varies over whether his promotion, if finalized, would positively affect the nuclear talks with Pyongyang. Some say that should he be promoted, as Biegun could have a stronger mandate to push for progress in the negotiations with the North. But others raise the possibility that a wider-ranging policy agenda in his capacity as deputy secretary of state could make it difficult for him to concentrate on the single issue of North Korea.

The former Ford Motor executive assumed his current role in August 2018 and has since led denuclearization negotiations with the North, including arranging two of three meetings between Trump and North Korean leader Kim Jong-un, in February and June. Biegun last met with North Korean officials early this month in Sweden to resume working-level negotiations that had stalled since Trump and Kim’s second summit in Vietnam in February ended without a deal.

The meeting also ended without an agreement, leading North Korea to double down on its calls for the United States to come up with a new mutually acceptable proposal before an end-of-year deadline set by Kim. The two countries have been apart on how much the North should dismantle its nuclear weapons program in order to receive sanctions relief and other concessions from the United States.