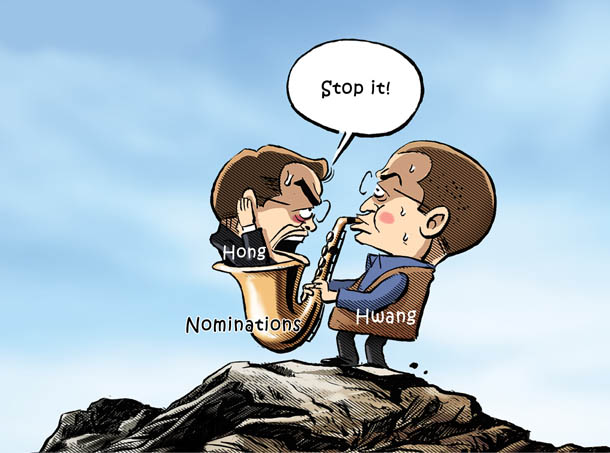 After Hwang Kyo-ahn, chairman of the main opposition Liberty Korea Party, posted a video of him playing the saxophone on the party’s official YouTube channel to help change the party’s conservative image, Hong Joon-pyo, former chairman of the embattled party, criticized party members for agreeing to the move as they want to get nominations for the general election in April.