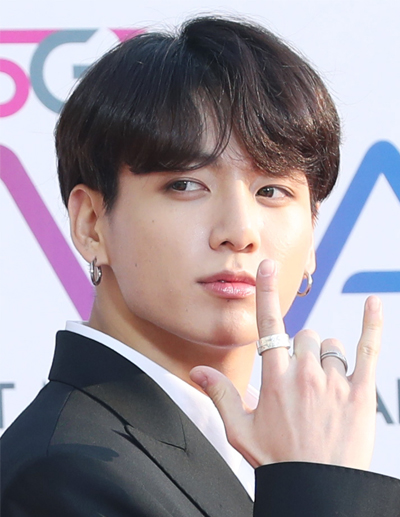 Jungkook of boy band BTS was questioned about a traffic accident he is suspected to have caused, reported the Segye Ilbo on Monday.

According to the report, Jungkook, 22, was booked for violating the Road Traffic Act on Saturday in Hannam-dong, central Seoul. He violated the traffic law after colliding with a taxi while driving his Mercedes-Benz, the report said, citing an insider at the Yongsan Police Station.

Both Jungkook and the taxi driver were injured and received hospital treatment.

Police said the incident happened in late October. “We cannot verify the details of the case, but we are looking into it.”

This is the first time for any BTS member to be suspected of breaking the law and comes as Jungkook is also facing dating rumors, which broke out in September.

An image from a surveillance camera was uploaded online in September, where Jungkook was spotted having drinks at a restaurant in Geoje Island, South Gyeongsang.

Big Hit Entertainment explained that the people in question were just the star’s “close friends” and said it will be taking legal measures against those who infringed upon his private rights by uploading the images.

According to an official statement by Big Hit Entertainment, they settled with the victim of the car accident after abiding by the law and the necessary procedure at the site.

“A car Jungkook was driving collided with another car, due to Jungkook’s mistake,” the agency said.

“We apologize once again to the victim and to the fans for worrying them.”