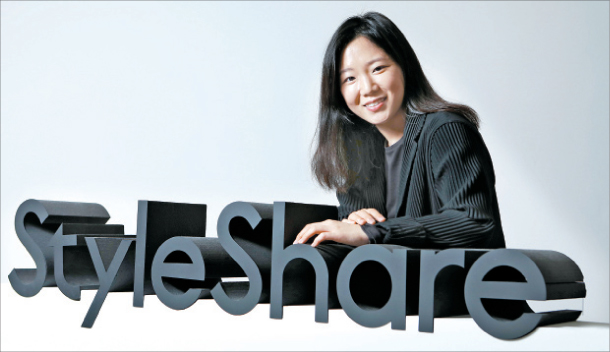 Fashion platform StyleShare has gone from an emerging start-up to 5.5 million users in less than a decade.

As the name suggests, StyleShare deals with everything fashion. Users of the platform can share their personal style, purchase fashion and beauty items and sell secondhand apparel to other users. Recently, it launched its own fashion label and acquired online shopping platform 29CM in March last year.

StyleShare has faced considerable competition in the local online fashion industry, including from popular fashion sites W Concept and Musinsa.

But the key strategy behind its robust growth has been its dedicated community.

“The top priority before launching the company was creating a fashion community,” said StyleShare CEO Yoon Ja-young. “Before the launch [in 2011], investors doubted people’s interest in publicly sharing their style. But forming the community has always been the most important aspect that drives StyleShare, and now, that is what differentiates us from other fashion platforms.”

StyleShare was created when Yoon was a university student.

An electronic engineering major at Yonsei University, Yoon said she has always been interested in fashion.

“I used to bookmark around 100 shopping websites and check out their new releases every day. When that wasn’t enough, I searched for new content on blogs.” Yoon added, “That was a game, fantasy and entertainment for me.”

Her hobby gave her the idea to create a platform that offers a one-stop fashion experience, from searching for style to purchasing clothes and communicating with other fashion aficionados.

“Even now, the information people need is widely dispersed. People still have to spend time searching for items they specifically want through various channels after learning what they want to buy.”

Yoon stressed that StyleShare strictly approaches the business from a user’s perspective, unlike many shopping platforms that still operate from a supplier’s point of view.

“Many shopping websites still [unilaterally] display products. But from the user’s perspective, they first want to see content before deciding to make a purchase.”

People want to know how clothes can be worn on certain occasions, according to Yoon. “That’s why we focus on the online community service.”

That is in line with StyleShare’s active use of user data to conduct its marketing strategy.

“E-commerce operators sell overlapping products. With the same resources, they compete on product price and fast delivery. For us, we specifically offer products our users would like,” Yoon said. “Our users put up around 5,000 posts per day, and seeing the data helps us learn what they want. Top-selling brands in other platforms aren’t the priority for us when we source brands.”

To discuss more about StyleShare, Yoon joined the Korea JoongAng Daily for an interview at the company’s office in Gangnam District, southern Seoul, on Oct. 29. Below are edited excerpts.

A. The business model over the past nine years has remained the same. The original business model was to create a platform where users can not only access fashion and beauty content, but also shop. The younger generation doesn’t have preconceptions about what they can do on certain platforms. They don’t separate social media from e-commerce. They want to have a one-stop experience.

But it took a little longer than we had expected to adopt the shopping function, which we added in April 2016. Investors doubted whether people would willingly share their style. Investors included Daum co-founder Lee Taek-kyung.

But our strategy slightly diverged when we had to choose which age groups to target. StyleShare didn’t have a specific target. At first, it was largely used by people in their mid-20s to 30s. But in the second year of operation, we had a major influx of teenagers and people in their early 20s. We had to choose which segment to focus on and decided to opt for the younger generation because we thought it was a niche market that wasn’t properly catered to by any fashion site.

But how do you plan to keep younger users on the platform as they grow older?

The kind of information the existing users need will change as they age. That’s why we are adopting a personalized service. Similar to YouTube and Instagram, we have recently started showing different content depending on users’ ages. We divided users into three groups: female teenagers, women in their 20s and men.

StyleShare acquired 29CM last year. What synergy effect have you seen from the acquisition?

The acquisition has enabled us to expand content and users of more diverse ages. 29CM creates high-quality content made by editors. It offers not just fashion and beauty content but also content about lifestyle and culture. Our content is made by users and mainly focuses on fashion and beauty. Also, 29CM largely targets millennials, while our prime focus is Generation Z.

StyleShare has been actively adopting new technologies like the AI chatbot, which introduces similar styles of clothes to users when they send a picture of a fashion look. What other plans do you have in mind?

Our major plan is to adopt a video feature, which I believe isn’t widely available in the shopping industry yet. Social media platforms like YouTube and Instagram deal with videos, but e-commerce operators are behind this trend. StyleShare plans to officially launch the feature within this year. Our plan is to feature platform users to host live videos.

The type of content we plan to offer hasn’t been solidified, but our plan is to provide an individual shopping experience and sell fashion beauty items hosted by users.

Video could be a very useful channel for fashion aficionados because hosts can actively show fashion items in detail, in real time - like the back or inside of a T-shirt. Fashion and beauty items are difficult for people to understand with just photos.

We have now reached a time when it has become very easy to consume videos. We have high-speed internet that is affordable. We plan to focus on video features for now, but I’m not sure how our plan would change in one or two years. Trends change quickly.

Do you have plans to run the business abroad?

We started the web service in Japan last year. Our business there isn’t official, but we have plans to enter Japan next year. We hope to deliver Korean products overseas on the back of the popularity of Korean fashion and K-pop groups. We chose Japan because the app was most largely used by Japanese people after Koreans. Our plan also includes adopting overseas payment features.

How do you plan to develop the company, and how far do you think StyleShare has come in reaching that goal?

In every county, there are popular fashion sites people instantly conjure up, like Zozotown in Japan and Asos in Britain. I hope to develop StyleShare to become an iconic fashion platform people think of instantly when they conjure up fashion or beauty. In Korea, we don’t have such a company with a dominating presence yet.

To reach that goal, I believe we need to have at least 2 trillion won in transactions. So far, we haven’t even reached one-tenth of that amount. We still have a long way to go.