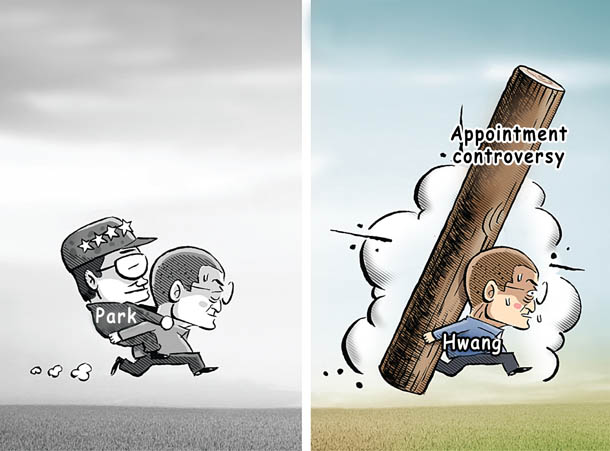 Liberty Korea Party Chairman Hwang Kyo-ahn recruited Army General (Ret.) Park Chan-ju last month to help improve the image of the embattled opposition party. But that appointment became controversial after the general said that Lim Tae-hoon, head of the Center for Military Human Rights Korea, should be sent to the Samchung military camp, infamous for brutal treatment under the military government in the 1980s. Lim had accused Park of abusing his power.