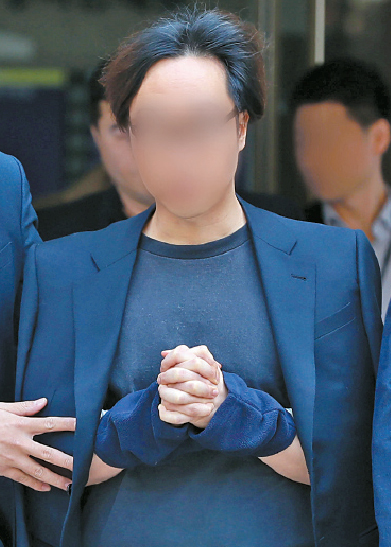 Mnet made an official apology regarding the “Produce 101” vote-fixing scandal on Tuesday through a press release.

“We deeply apologize for the controversy surrounding ‘Produce X 101,’” the channel said.

The release was the first time the channel spoke about the issue since police began investigating allegations of fan votes being fabricated for the results of the final episode of the audition program earlier this year.

“We requested a police investigation in July, concluding that we could not figure things out on our own. We found out that arrest warrants have been issued to some of the ‘Produce X 101’ producers, and we are waiting for the results,” the press release said.

“We will cooperate fully with the police investigation and vow to take full responsibility of the things that we are found to be liable for.”

Producers of the show, including the lead producer Ahn Joon-young, attended the Seoul Central District Court in Seocho-dong, southern Seoul, for their warrant hearing on Tuesday morning.

Last month, police confirmed that the voting results of the most recent season of “Produce” were fabricated, padding the number of votes that some contestants received in order to make sure they debuted.

Fans of the show reported the producers of Mnet to prosecutors in July, citing that the differences in votes were “mathematically impossible” and that some of the fans’ favorites failed to debut, while less popular contestants made it to the show’s final project band X1.