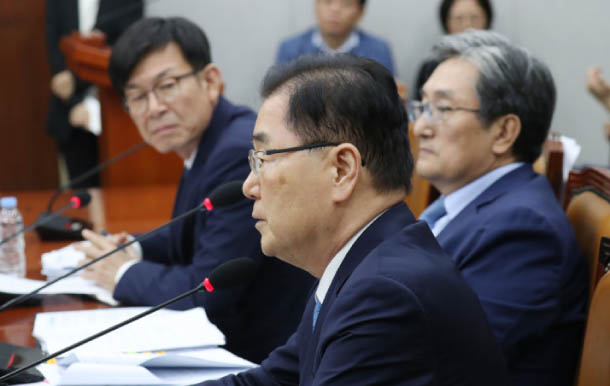 LEE CHUL-JAE
The author is a deputy head of the international, diplomatic and security team of the JoongAng Ilbo.

On June 22, 1941, Nazi Germany invaded the Soviet Union. At the beginning of the battle, the German forces captured 300,000 Soviet soldiers as prisoners and occupied Minsk. The German forces could do that because Soviet commanders who survived the Great Purge were substandard, and forces had outdated weapons and a shortage of munitions. The responsibility for the defeat should be borne by dictator Joseph Stalin.

History and culture professor Koo Ja-jeong of Daejeon University explained that Stalin thought Germany would not fight the Soviets unless it had concluded its fight with Britain. Actually, there were countless warning signals. Britain had decoded Germany’s cryptography and offered the information on the invasion to the Soviet Union. Soviet spy Richard Sorge who was working undercover in Japan even notified the invasion date. But Stalin believed in his own calculations and did not listen.

On the first day of the war, the Soviet troops were attacked by the German forces, but Stalin ordered them not to act without an approval. When the German forces advanced deep into the Soviet Union, he panicked. He came to his senses when his aides persuaded him to react.

There is another disaster in war history caused by confirmation bias. General Douglas MacArthur ordered the United Nations forces to cross the 38th parallel and advance northward after the successful Incheon Landing during the Korean War. There were many reports on the participation of the Chinese Army, but he ignored them. He thought the Chinese Army was incompetent, and only a small number would be sent. In the end, the UN forces were caught by the ambushing Chinese forces and fled.

Blue House National Security Director Chung Eui-yong said at the National Assembly on Nov. 1 that he did not see the missile capabilities developed by North Korea as a very serious threat to our security. However, North Korea’s short-range missiles are aimed at Korea. Also, Chung said that it was technically hard to launch North Korea’s intercontinental ballistic missiles (ICBM) from a transporter erector and launcher (TEL). But the North fired an ICBM-level Hwasong-14 and Hwasong-15 missiles from a TEL in 2017. I am worried that I see some shadows of Stalin and MacArthur’s misjudgments in Chung’s remarks.