Tottenham’s Son Heung-min will not be suspended for the challenge which led to a serious injury for Everton’s Andre Gomes after his red card was overturned. 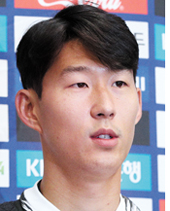 The Korean forward left the field in tears when he was sent off during Sunday’s 1-1 draw after the challenge left Portuguese midfielder Gomes with a broken and dislocated ankle.

Tottenham appealed the decision to send off Son, who was facing a three-game ban for serious foul play. The English Football Association says “an independent Regulatory Commission upheld a claim of wrongful dismissal.”

Son has traveled with Spurs for Wednesday’s Champions League game at Red Star Belgrade, while striker Harry Kane also returns after missing the Everton game with a virus.