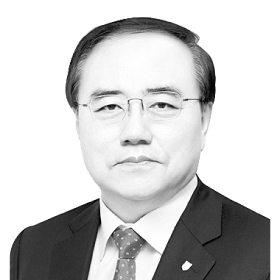 Kim Sung-han
The author, a former vice minister of foreign affairs and trade, is the dean of the Graduate School of International Studies at Korea University.

In July 2016, Seoul and Washington decided to deploy the U.S.-led Terminal High Altitude Area Defense (Thaad) antimissile system in South Korea to defend against North Korean missiles. China’s unfair retaliatory measures against South Korea have continued ever since. In October 2017 — five months after the start of the liberal Moon Jae-in administration — Foreign Minister Kang Kyung-wha vowed that South Korea would not join a broader U.S. missile defense system, make any additional Thaad deployments or pledge a trilateral military alliance involving the United States and Japan. Seoul and Beijing agreed to normalize exchanges since then, but only academic exchanges have been normalized. Tourism and culture are showing no signs of bouncing back.

The University of Rochester’s Eastman Philharmonia was planning to have a concert tour across China in December, but it was postponed after China denied visas to three South Korean students who are members of the orchestra.

The dean of the Eastman School of Music explained that the school’s tour partner in China informed him that the three Korean students could not get visas from Beijing. World-renowned Korean soprano Jo Su-mi had a similar experience when she had to cancel a China tour early 2017 after she failed to get an official invitation from China, which was needed to obtain her visa. Jo, at the time, wrote on Twitter that she had been preparing for the tour for two years, and could not afford to get any explanation for why the concerts were canceled.
Korean pop groups like BTS still cannot perform in China. China is effectively blocking its own group tours to Korea by banning their online promotions and prohibiting the operation of charter flights and cruise ships. Group tour programs are not allowed to use duty free stores in Korea run by Lotte Group, which yielded its golf course in North Gyeongsang province for the deployment of the Thaad battery.

The problem is that China is playing a so-called gray zone strategy against Korea, which seeks to fulfill a certain goal without provoking a military response. China is also trying to confuse Korea by making it wonder whether China’s actions are coming from the private or public sector.

Another example of China’s gray zone strategy is its sending of fishing boats or “marine militiamen” into disputed waters in the South China Sea and the East China Sea — all to gain sovereignty over the disputed waters. China’s Korea policy is in just such a gray zone, a place where the distinction between a commercial action and a military action is murky. Beijing is somewhat adequately mixing military threats with its unfair economic retaliations against Korea for the Thaad deployment.

Two days after President Moon returned home from a summit with Chinese President Xi Jinping in 2017, China dispatched military aircraft into the Korea Air Defense Identification Zone (Kadiz). Last July, Chinese and Russian aircraft flew into the Kadiz without any prior notice to South Korea. At the time, a Russian aircraft even violated Korea’s airspace over the easternmost Dokdo islets. Then, on Oct. 29, China informed our Air Force before its military aircraft entered the Kadiz, which attests to Beijing’s use of a two-sided strategy of toughness and reasonableness.

As the trade war between the United States and China has spun off into a competition between each country’s strategy, China sees South Korea and Japan as “potential enemies.” If South Korea-U.S.-Japan security cooperation remains solid, China would be unable to treat South Korea as a subject of its gray zone strategy.

It appears that China is trying to induce South Korea to fear China in order to block Seoul, Washington and Tokyo from using their proactive containment strategy against Pyongyang, as chances of North Korean denuclearization are getting slimmer. But such actions only show the limits to China’s global leadership. Both Korean companies and Chinese companies are leaving China for Vietnam. Korean college students are showing less interest in courses related to China than before.

U.S. President Donald Trump’s administration is not living up to its role as guardian of the liberal international order. At a time like this, if China respects the international society’s universal values and takes good care of its relationships with neighboring countries, wouldn’t it make the United States feel jittery? China should give this some serious thought.