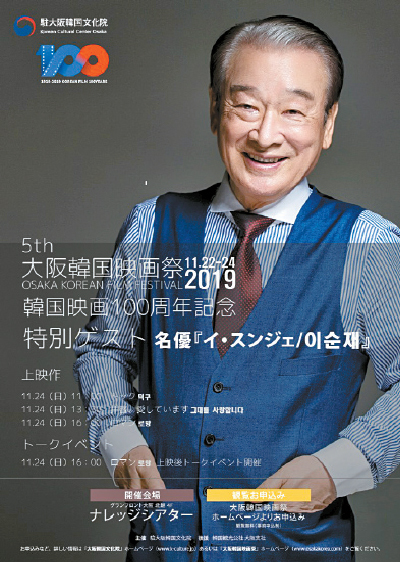 The fifth Osaka Korean Film Festival will be held at Knowledge Theater in Osaka from Nov. 22 to 24 and will celebrate the 100th anniversary of the Korean cinema, according to the Korean Cultural Center Osaka on Wednesday.

Other screenings include comedy film “Rainbow Playground” (2018) and “Recipe for Happiness” (2019). The latter has been invited to this year’s Bucheon International Fantastic Festival and Kaohsiung Film Festival.

On the 24th, Lee will attend the event to participate as a special panelist and take questions from the audience.