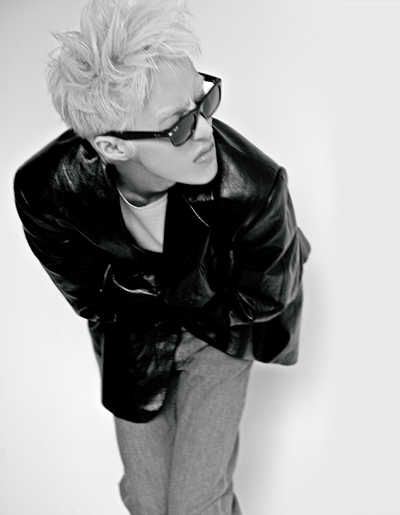 Singer-songwriter Zion.T returned to the music scene on Wednesday after a one-year break with the single “May,” a wistful track about love that shows off the artist’s smooth and effortless vocals.

Although the song is an extension of the musical style of Zion.T’s earlier hits like “Eat” (2015) and “The Song” (2017), where laid-back R&B sounds fuse with trendy instrumentals, “May” might signal an end to the signature style that fans have gotten so familiar with, the singer revealed.

When Zion.T met with the press ahead of his single’s release, he described “May” as a wrap-up project that summarizes the styles of the past decade before opening up a new chapter of his career in 2020.

“‘May’ is similar to what I’ve worked on in the past and really typical of my music,” he said, adding that making songs in that style has become so natural for him, like letting out a breath or adding melody to speech.

“But I released ‘May’ as a way of organizing the sentiments that I had as an artist working in the 2010s. I feel like 2020 will bring many changes and I’m planning to experiment a lot more next year with the talented musicians around me.”

Zion.T, whose real name is Kim Hae-sol, kicked off his musical career in 2011 with his single “Click,” which showed off his soulful R&B tones. The singer didn’t become the chart-topping artist he is now right away. It was thanks to “Yanghwa BRDG” (2014) and its heartfelt lyrics about Zion.T’s realization of how hard his father worked to provide for his family that drew him the attention of listeners of all generations. Since then, music fans have closely followed the activities of the unique soloist, and he has reached No. 1 on the charts multiple times and collaborated with renowned musicians like Lee Moon Sae.

Despite widespread public interest, Zion.T said it took him nearly a year to return because he lost much of his competitive character and also because he “didn’t want to release any music before [he] felt confident about a theme or a story.” 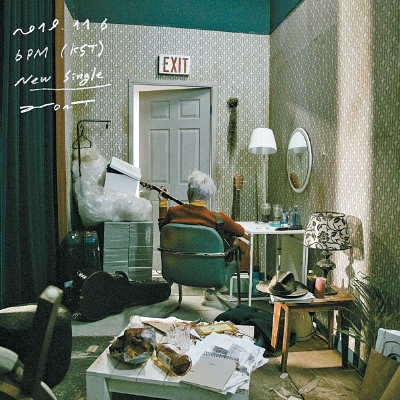 Singer-songwriter Zion.T released his single “May” on Wednesday after a one-year hiatus. The song is based on his own personal romantic relationship and its struggles. [THE BLACK LABEL]

With “May,” Zion.T is back to telling a story that he wants to share. The song touches on the burnout stage that happens for couples who have become too comfortable with each other.

In “May,” Zion.T sings of his own long-term romantic relationship and how he and his lover gradually began drifting apart. Although he refused to comment on the relationship’s current status, Zion.T revealed that the same love interest had served as inspiration for many of his previous tracks.

“‘May’ is based on my own experience about a person that I met one May. But rather than making it too personal, I wanted it to become everyone’s song, so I requested songwriter Kim Eana to work with me.”

Zion.T’s collaboration with Kim, who has produced more than a handful of hits, including IU’s “Good Day” (2010) and Brown Eyed Girls’ “Abracadabra” (2010), came naturally after they worked together on entertainer Yoo Jae-seok’s TV series “Hangout with Yoo.”

An important goal for Zion.T next year is to continue collaborating with talented artists as a singer, and ultimately, as a producer.

“I think I know how to brand solo artists well. I want to help with the production of soloists and potentially idol groups starting next year,” he said. “Ideally, I want to work with artists that I don’t really know well so that I can help form the album concept and bring out the artists’ own personality instead of having the process feel like a collaboration.”

A potential collaboration with Produce 101 alum Jeon So-mi is in the making, the singer hinted. “I often come across So-mi, as we are part of the same agency [The Black Label]. We talk about music sometimes and I even play her some of my songs.”

Besides musical experiments and productions, the artist said he’s also ready to use social media more actively to communicate with fans. He even has a dormant YouTube account - “Kim Haesol’s iPhone” - that he temporarily put on hold because of his busy schedule.

“I haven’t really shown myself off in the past. But I have many songs I’ve written, and will continue to write more. I want to share these processes and my thoughts with the public.”