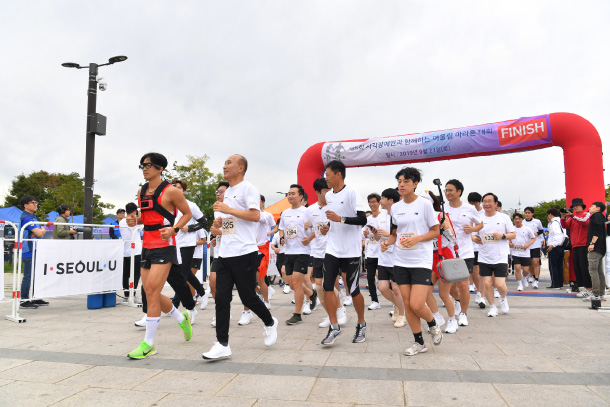 At the upcoming Athens Marathon on Sunday, 32-year-old Korean Han Dong-ho will attempt to become a legend in his own right, aiming to be the first visually impaired runner to ever complete a full-course marathon without a guide runner.

Connected to the runner at the wrist, guide runners offer assistance by informing their partner of directions and obstacles. For a runner with a serious visual impairment, racing without a guide is virtually impossible. But you can’t just tether anyone to your wrist and hope for the best - finding a qualified guide runner that can effectively help in a competitive race can be difficult and expensive.

On Sunday, Han will run alone, but equipped with a pair of special glasses and a body-mounted camera. 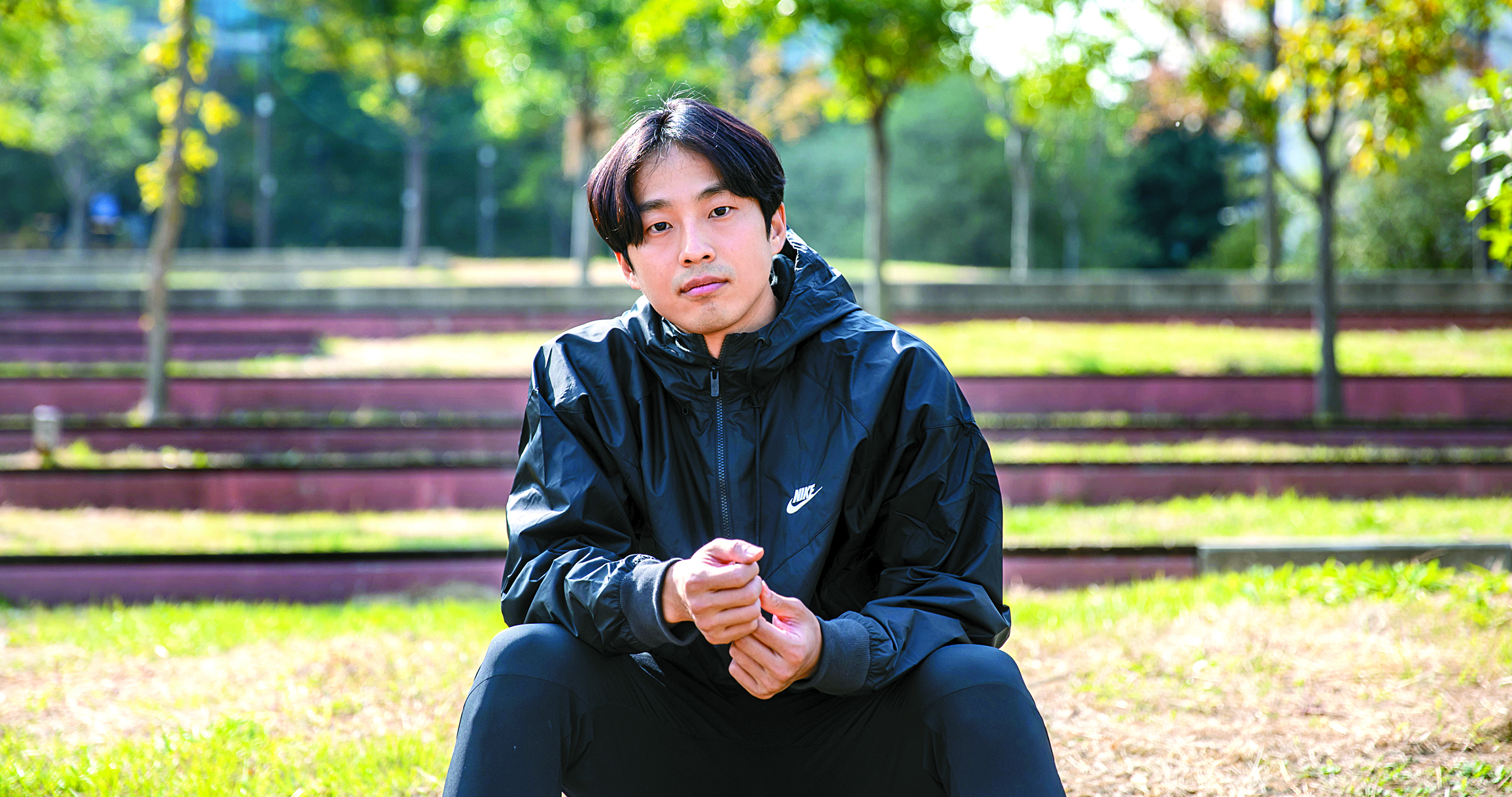 In September, he successfully completed a 10-kilometer race in Yeouido, western Seoul, using this high-tech solution. Beside him was a team of 10 engineers from Welcome Savings Bank and Crea-m, who jointly developed the devices and tailored them to Han’s physical abilities.

Han started losing his sight due to Leber’s hereditary optic neuropathy, an inherited condition that causes cells in the eye to degenerate, in college. Now, he is able to distinguish the outlines of figures, but his vision is the equivalent of “wearing glasses with painted lenses,” he said.

His life since his eyesight degenerated has been a series of athletic challenges. A gold medalist in the 2010 Asian Para Games in swimming and a training triathlete, Han had never participated in a marathon before he was approached with the idea of taking part in the “Run for Dream” project, jointly organized by Welcome and Crea-m.

“Two months is a short period to prepare for a full marathon,” said Han during an interview with the Korea JoongAng Daily on Oct. 21. 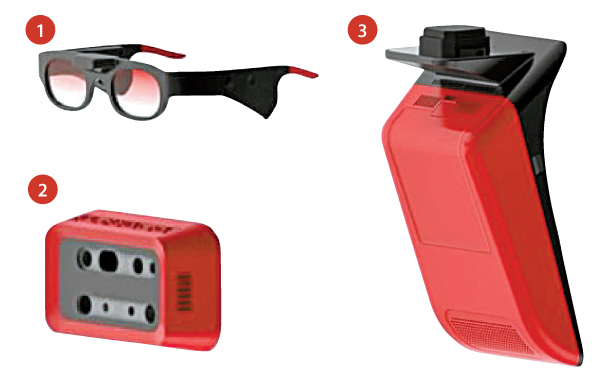 1. Specialized glasses tell Han if there are obstacles and guide him through the route. 2. A camera acts as his eyes. 3. A minicomputer sends and receives data from the cloud. [CREA-M]

“At first, I was told that I’d be doing a half or 10-kilometer marathon - that was how long they told me the devices could last. But a lot of improvements were made on them so now maybe they are good enough to use on a full course. We’ll see.”

Han’s glasses are Bluetooth bone conduction glasses, which means that the arms act like headphones, relaying sound through the scull into the inner ear using vibrations. A camera attached to his chest spots obstacles on the road, based on which audio signals are sent to the glasses.

As Han nears an obstacle, a series of beeps will alert him where it is and how close it is getting. People, cars and bikes have different sound signals that Han chose himself.

A minicomputer attached to his back sends data to the cloud.

The devices Han is running with on Sunday have been designed based on his experience using them over the past two months - everything from the devices’ weight to the sounds they make has been fine-tuned based on his experience wearing them. The design of the outfit Han wears with the equipment attached, its fabric and even the frame of the glasses are all tailored to fit him.

“Everybody has their own pitch, running speed, stride and physical shape. Our data collection and deep-learning algorithm was all tailored to Han,” said Choi Sung-yeul, Crea-m’s executive creative director.

For the “Run for Dream” program, Welcome Savings Bank offered the server and technology for the transfer, calculation and machine learning - fields the firm has been heavily investing in - of Han’s data. Crea-m had laid out the original idea for the project and also developed the technology with the advice of researchers from KAIST.

Despite the huge benefit this system has the potential to have for visually impaired people, the team made it clear that customizing it to Han for this specific marathon is a very different task than creating a device that can be used by people going about their everyday lives.

“Using these glasses in daily life is a possible scenario if we have the right infrastructure,” said Choi. “But that would require a nationwide network that transfers GPS data, traffic and road conditions that can locate people with a very high degree of accuracy. Accumulating data about the offline infrastructure would be a must.”

Additional research and development is crucial, added Choi. For example, the suit that carries the camera and the minicomputer could one day be integrated into the glasses - but that would take years of research.

The “Run for Dream” project is due to end at the Athens Marathon. Welcome and Crea-m are currently in discussions on whether they can continue the partnership and investment to develop the device for general use.

The challenge in Athens will not be an easy one: This is Han’s first experience running a full-course marathon, and the IT infrastructure in Athens is nowhere near as robust as in Korea.

Han’s aim is to finish the course without having to slow to a walk at any point.

“I’m not a professional marathoner so I would be too greedy if I wanted to set a good record,” he said. “But I believe an athlete has to act like one. I don’t like it when people draw limits saying ‘that’s good enough for a person with disabilities.’ My goal is to follow my own pace and finish with no injuries.”