Zico reflects on his feelings: Second part of the rapper’s ‘Thinking’ project is his most emotional work yet

Zico reflects on his feelings: Second part of the rapper’s ‘Thinking’ project is his most emotional work yet 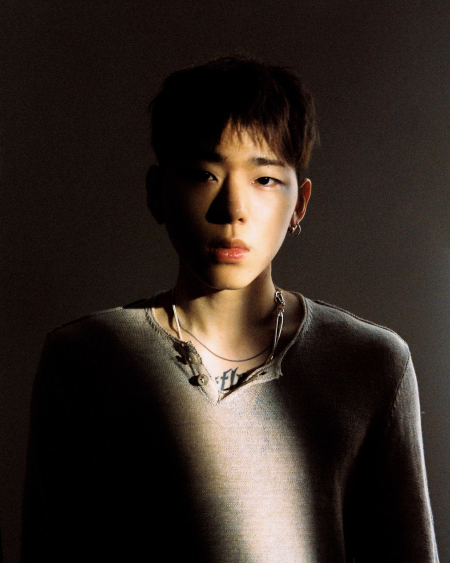 It wasn’t an easy job, but for his first full-length album, Zico came face-to-face with emotions he had intentionally ignored in the past.

Zico completes his first full-length album project titled “Thinking,” with the second part that comes out today at 6 p.m. The five-track release comes a month after the first part, which also had five tracks. It’s an album about the singer-songwriter and producer Zico, but it’s about human Woo Ji-ho.

“There are things that I feel but turned away from - both intentionally and unintentionally,” Zico told the Korea JoongAng Daily during a recent interview.

“For this album, I looked at the emotions inside of me. Some of them were frankly some things that I didn’t want to face. For artist Zico, there’s the bright and energetic side. But as a human being, you have some sides to yourself that you don’t want to show. This is about that.”

The lead track, “Being Left,” featuring singer-songwriter Dawn, does just that. While a lot of songs talk about love or a breakup, not many songs actually touch on the aftermath of being left behind, abandoned and neglected. Rather than the immediate sense of loss that comes from a breakup, “Being Left” is what comes after. Veteran actor Bae Jong-ok will star in the song’s music video.

“If ‘Part 1’ of the album was about laying out the different emotions and thoughts people commonly have in their everyday lives, ‘Part 2’ is more about the detailed and intricate feelings or reactions that I have of those moments. I completed all the songs in September.”

In fact, he was so focused on revealing his own feelings that he kept himself away from books and movies, to make sure all the emotions were his and nobody else’s.

“It actually hurt doing it, trying to get something out of myself that I hadn’t before,” he said.

“But after I faced [my thoughts] candidly, it didn’t feel as overwhelming as it did before. So yes, the inspiration for this album came from myself.”

The sudden urge to look within himself came recently, when he realized that he had been so submerged in work that he had no other ways to fill his heart. The album won’t suddenly change his life completely, he realizes, but it is a beginning for him to get his thoughts out into the open and hopefully get some fresh air.

“I always had a clear goal, and my life was a marathon running toward that goal. But I realized that in the long term, making everything about work might not be good for me. I didn’t see any reason in doing anything unless it was going to bring me visible reward or something in return. I always spurred myself on, and I never truly looked after myself,” he said.

“Maybe if I start doing this even if it’s through the songs, then I won’t be hiding from myself anymore.”

The two-part “Thinking” project is the first work from Zico since he founded his own agency earlier this year. He’s still a member of boy band Block B, but he left his former agency and established KOZ Entertainment - meaning “King of the Zungle” - in January. It was a decision that “came naturally” for him, after spending seven years as Block B’s main producer and leader. He started out producing the group’s music because in the beginning, they couldn’t afford to hire a producer and the group literally couldn’t do anything unless he took initiative. But now, it’s become a calling.

“I’ve been a member of Block B, a producer and also a solo artist. So the decision came at a time that felt natural. I’ve always had an interest in producing music,” he said.

Aside from the administrative work he hadn’t dealt with before, being on his own has made him more responsible for his work because “there’s no one else to blame but me.”

Now that his new album is out, Zico’s back to listening to music - especially hip-hop. He’s always had a knack for hip-hop, but his candidness was sometimes mistaken for rawness that was not very compatible with what Korean audiences were used to. His usage of some words has become a source of controversy in the past, and he says he’s learned from those incidents.

“I’ve become much more prudent, not just with music, but with everything that I do. I’ve become calm with age, but I take more care in everyday life so much so that people ask me why I’m so down. I’m just being careful,” Zico said.

As the CEO of his agency, Zico is preparing to debut a new artist in the coming months. But as an artist, he’d like to be remembered as someone without limits, especially in regard to the genre of his music. He knows that it’s up to the people who listen to his music to make the last call, but he does not have boundaries for himself.

“I’ve actually written all the songs for the next album,” he said.

“It was a year that I thought so much that it was tiring. I hope next year is different - fresh, stable and also with something to look forward to.”