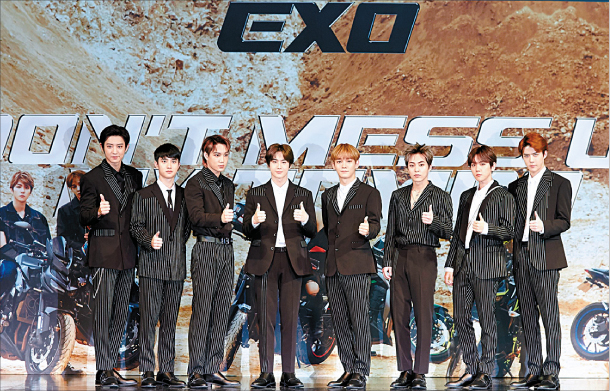 Prepare to be obsessed with Exo, again. The SM Entertainment boy band’s next album will come out on Nov. 27, according to a statement from the agency.

“Exo will celebrate the release of its sixth full-length album ‘Obsession,’ with special promotional events that will continue until it is finally released,” the agency said.

SM Entertainment released a promotional video on Friday on its official website that provides a look at Exo’s background and story since their debut.

The group debuted with a unique concept in which each of the members were from exo-planets and endowed with special powers.

The video gives a sneak peak at X-Exo, “a new Exo that is created through the red force.”

X-Exo isn’t a new unit or a group, but a fictional antagonist that the members of Exo must fight in order to save the world.

For “Obsession,” SM Entertainment created social media accounts for X-Exo to add another level of fun for fans.

“Obsession” will be a 10-track album and it comes 11 months after the group’s full-length repackaged album “Love Shot” was released.