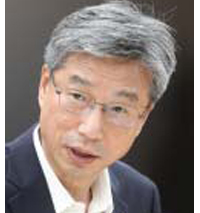 Hur Yin, CEO of KB Kookmin Bank, has been reappointed through next year, the bank announced late Thursday.

The CEO is credited with maintaining stable growth in revenues and profitability during his term, which started in November, 2017.

“The candidate has led KB Kookmin Bank in a successful way over the past two years, improving financial stability and profit,” said KB’s nomination committee in a statement.

The committee praised Hur’s effort to diversify the business portfolio and strengthen digitalization.

“Hur transformed KB into a digitized unit and drove innovation by entering the telecommunications industry with thrifty phone plans,” the committee said.