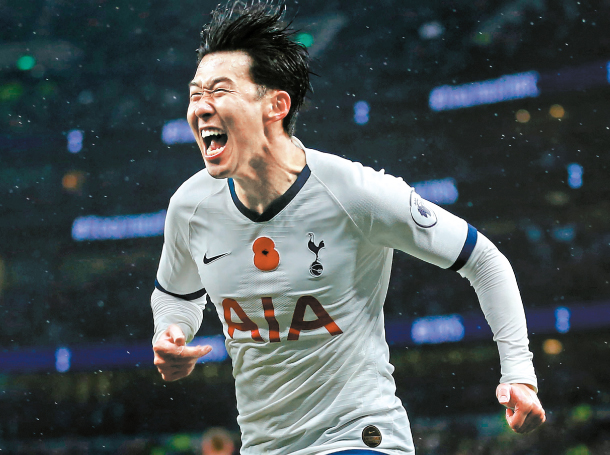 Son Heung-min of Tottenham Hotspur celebrates after scoring a goal during the Premier League match against Sheffield United at Tottenham Hotspur Stadium in London on Saturday. Son’s goal allowed the Spurs to play to a 1-1 draw. This was Son’s eighth goal of the season.[AFP/YONHAP]