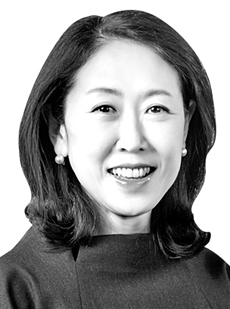 Kim Eun-mee
The author is a professor of communication at Seoul National University.

When the comments section of online news articles first appeared, it was surprising to see how Korea had so many linguistic geniuses with a remarkable sense of satire. There were also other people who seized the chance to express their raw anger or show their support toward whatever subject that was described in the report. The online comments section ran parallel to concepts like the digital public sphere, deliberative democracy and participatory democracy.

But faith in the digital public sphere swiftly faded as more individuals and groups were threatened by online comments, and cases like the Druking and the National Intelligence Service opinion-rigging scandals erupted.

After a famous celebrity recently committed suicide, Kakao announced that it was tentatively shutting down the comments sections for all celebrity news articles. It’s a welcoming move in the sense that a major player in the media ecosystem has shown its will to change, but questions remain as to whether this will genuinely solve the problem.

If a new swimming pool opens, people will go swimming there, but we can’t eliminate the risk of some people drowning. In order to effectively run the pool, we need rules, and sometimes, safety agents. It’s the same for the digital public sphere. As much as we acknowledge the virtues of it, there will be times when side effects occur or things go beyond our expectations. Unless we decide to give up the benefits of the digital public sphere, we must manage and improve the comments sections, not simply eliminate them. Even though news comments sections seem a mess, they’re still a part of the online experience.

The real problem lies in the dearth of efforts and attention to systematically solve the problem, like devising some sort of an index to gauge the quality of our digital public sphere or introducing changes based on analyses and evidence. There is only a bunch of talk about getting rid of the comments section or keeping it.

It’s difficult for the government or public organizations to actively engage in the issue because it’s related to freedom of speech and freedom of the press. So news organizations and portal websites must take the initiative to play the mediator of the comments section. The New York Times once said that its solution to increasing fake news is to continuously produce journalism of the highest quality. I think that also goes for the comments section issue we’re dealing with in Korea. Experts must play a role by separating “bad comments” from the others and by setting forth a set of rules and quality standards that enable readers to easily gain access to comments falling under those criteria, even if that means that the experts would have to brave a storm of public criticism.

I hope portal websites develop technological solutions that will contribute to organizing or filtering comments by, say, utilizing a machine-learning method based on their amassed news consumption data. I expect media companies to admit that comments are an integral part of journalism and search for a way to incorporate those comments into their coverage. At a time when public trust for pre-existing news outlets is low, the media can cultivate loyal readers, or “comment experts,” that help guide other readers.

A reporter or editor can select what they think are “good-quality” comments and present them to other readers.

Research indicates that an article’s content and structure affect the comments that readers type going along with that article. There’s also research that shows an article that tilts toward a certain political faction tends to prompt more rage-filled comments.

Wouldn’t media companies be able to make a new form of news product out of the online discussions their articles lead to, instead of stopping short at producing reports?

The core problem lies within the fast-spreading “unintelligent viral culture,” which refuses facts. News that is intertwined with scandal and conspiracy instantly sparks heated public reactions. In the long term, the most crucial aspect for improving our digital public sphere is for people to realize that it’s an issue everyone needs to care about. Experts must demonstrate leadership and achieve a balance between freedom of expression and the pursuit of the public interest through the digital public sphere by setting the fewest number of rules and enforcing them one at a time — instead of just watching the comments sections die out.