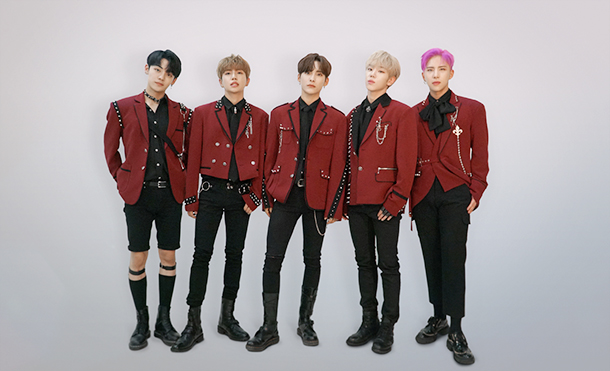 Literally hundreds of K-pop groups make debuts every year in Korea, and it’s getting harder for a group to get a proper time slot on major shows or events. This is the penumbra of the bright spotlight of fame - a place known well by K-pop boy band A.C.E.

A.C.E made its debut in 2017 with the single “Cactus” but only made their name in 2018 - ironically on TV talent programs. Although they already had a fan base, that wasn’t enough to actually make them viable. As a result, they resorted to taking part in KBS’s program featuring existing K-pop groups with small fan bases, “The Unit,” and JTBC’s “Mixnine” program in 2017. This required some division of labor: members Donghun, Wow and Kim Byeong-kwan took part in “Mixnine,” while Jun and Chan went on “The Unit.”

“It made us become closer to each other after taking part in the show,” said Chan. “It was a meaningful experience, with some hardships. But I felt the members’ absence a lot. When we came back after the show and practiced altogether, I felt like I was back home.”

Before their debut in 2016, they uploaded a video of their song “Zombie” and literally went out to the streets: putting on street performances covering other groups’ songs in parts of Seoul popular with young people. A.C.E has gone through all the difficulties of a boy band struggling to make it with little help from its entertainment agency. Perhaps they shine all the more for the efforts they made to overcome those hardships.

Now they have arrived. A.C.E was awarded the Next Artist Award at the 2019 Soribada Best K-Music Awards and peaked at No. 9 of Billboard’s World Albums chart in May with their second EP “Under Cover.” Last week, it debuted on Billboard’s Social 50 chart for the first time.

With their latest EP “Under Cover: The Mad Squad” on Oct. 29 and its lead track “Savage,” the group is ready to prove they’ve grown from five boys dancing in the streets to a K-pop band that’s ready to shine. The Korea JoongAng Daily sat down with members Jun, Kim Byeong-kwan, Donghun, Wow and Chan to talk about their story and their music. The following are edited excerpts.

Q. The Korean title for “Savage,” “Bbittakseon,” translates to deviation or derailment. What’s the meaning of the title?

A. Jun: It’s about us saying, “Let’s not think about what others think and just walk down our own path.” The message that we want to send is mostly targeted at people who see difference as something wrong. What’s different is different and not wrong, so we’re going down our own path. Why don’t you join us? This is what we’re saying. There are so many bands out there, and to survive as A.C.E, we have to try new things.

You were called the “hot pants boys” when you wore short trousers for your debut performance, which some people liked and some found unfamiliar. Don’t you find it risky to try new things?

Donghun: Yes, I think so in a way. But at the same time, I think that we enjoy what we do. It’s no fun doing what others all do. We need to stand out from others. We want to be special, with our own identity.

Kim: So we’re also interested in a variety of genres as well. We don’t try to fit into different genres of music, we just like them all.

You still cover other groups’ dance performances, but do you remember the first time you went out to the streets to perform?

Chan: It was in early 2016. We actually didn’t get to practice together because we didn’t have the time. I think seven people were there to watch us.

Jun: I can’t really remember it precisely. But I do remember feeling depressed. We actually thought a lot of people would come, and we rented so many things for it. But we didn’t know how to deal with the things on the site - we were the very definition of rookies. We did it anyway, thinking that people will watch if we kept dancing. But there were maybe six to seven people, and they left as well.

Did you have any other difficulties in the early days as well?

Jun: We’ve had our share of woes. We really hit rock bottom. There were times when we couldn’t practice because we didn’t have a studio. Never mind getting lessons, we didn’t even have a mirror at the studio to look at ourselves while practicing. We hit bottom, and then we were on our way up, so we didn’t have anything to lose. I think that’s what pushed us forward.

Now that more people know you and the number of fans has increased, how does it feel?

Donghun: It brings me to tears every time. Each and every one of our fans refused to give up on us, and it’s just so fulfilling to see that from the stage.

Jun: Nowadays, we get a lot of feedback from people, and so we think a lot about what we could show on stage to prove that we’ve grown. I think a lot of that has been reflected in this EP. I wouldn’t say we’re 100 percent satisfied with the outcome, but I think it will be a major turning point for us. We’ve tried some things that we haven’t before, and I think it shows.

Looking through the comments on the videos on your YouTube channel, a lot of fans say that you’ve been underrated. How do you feel about that assessment?

Kim: We saw that word a lot - underrated - and it actually made us feel really good about ourselves. Because it made us think that so many people could see our true value. When fans keep saying, “These guys are so cool, why don’t people know them? Why are they so underrated by people?” then we feel that there are fans who realized our value. We believed that it could lead to something bigger in the future. So if we keep on trying, maybe we won’t be called underrated anymore.

What do you think is the strongest asset for A.C.E?

Jun: Our strongest asset is that we don’t give up. It’s not something magnificent, but it’s certainly not easy. We hit rock bottom, and so we just look forward. There were times we couldn’t get our album out due to a lot of different problems. It made me feel like I was lagging behind, and I felt like I was suffocating. But we did what we could little by little.

Donghun: I think that’s exactly what makes “Savage” just the right song for us. We had our difficult days, but these days we say to ourselves, “We are who we are.” This song says just that, and we feel it close to our hearts. Every stage we go on is so precious, and we tell ourselves that we will go our own way as A.C.E.