‘Astronaut’ is a Stray Kids track

‘Astronaut’ is a Stray Kids track 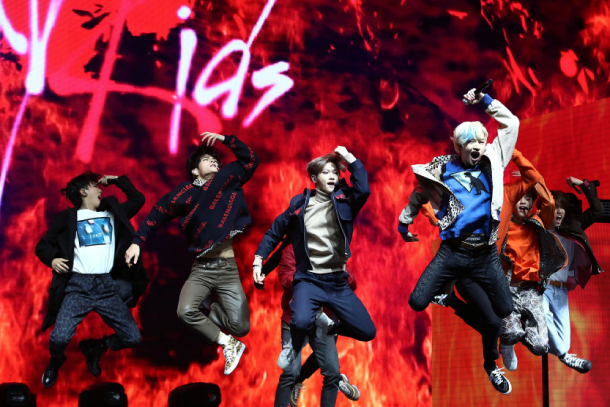 Boy band Stray Kids finally revealed on Sunday that the mysterious “Astronaut” that has been teased is one of the tracks in their upcoming mini album “Cle : LEVANTER,” which is set to be released on Dec. 9. The boys have been releasing clues about their next comeback, and one of them was a teaser of “Astronaut,” released last month. Their fans have been guessing that it may have connections to their comeback, as the members appear in the teaser as they travel through different eras, communicate using radios and reach a mysterious sphere where they find a key.

Following Woojin’s departure from Stray Kids on Oct. 28, due to “personal reasons,” according to JYP Entertainment, Stray Kids continue with their activities as an eight-member group. They’ll be holding a two-day concert, the “Stray Kids World Tour ‘District 9 : Unlock’ in Seoul” on Nov. 23 and 24 at the Olympic Hall of the Olympic Park in eastern Seoul.