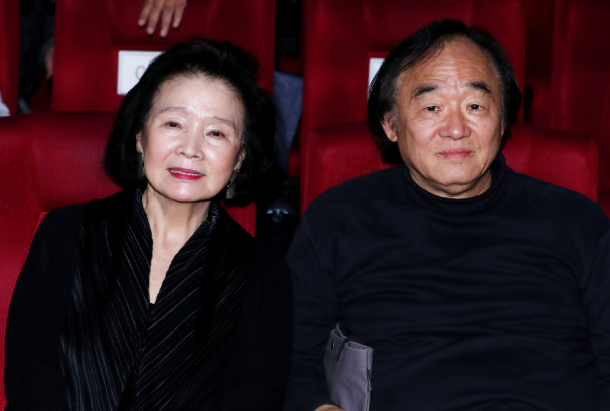 It was confirmed Sunday that veteran actor Yoon Jeong-hee, who is married to pianist Paik Kun-woo, has been suffering from Alzheimer’s for more than 10 years.

Yoon’s ailment has been kept quiet, known only to close friends in the classical music world, but word quickly spread in the recent weeks, and Paik’s agency Vincero confirmed on Sunday that Yoon has been suffering for about 10 years and Paik and his violinist daughter have been looking after her in Paris.

The couple has always appeared together in most of Paik’s concerts and press conferences, however, Yoon has been absent since early this year.

Meanwhile, Paik is scheduled to perform on Dec. 7 and 11 at the Concert Hall of the Seoul Arts Center, southern Seoul, and it is uncertain whether Yoon will attend his Seoul concerts.

Her most recent film was “Poetry” in 2010, directed by Lee Chang-dong. Yoon played the protagonist, Yang Mi-ja, who begins to develop an interest in poetry while struggling with Alzheimer’s and with her irresponsible grandson.

The film was selected for the main competition at the 2010 Cannes Film Festival, where it won the Best Screenplay Award.