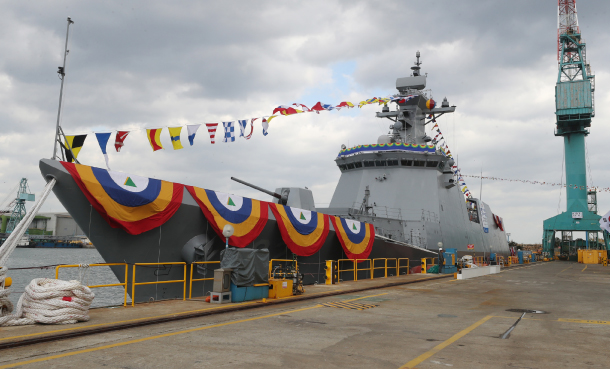 A ceremony unveils the 2,800-ton frigate FGG-II Seoul at the Hyundai Heavy Industries shipyard in Ulsan Monday, featuring advanced sonar and power systems to boost anti-submarine capabilities in coastal operations. It is the third frigate being built under a project to secure a second batch of such vessels to replace the Korean Navy’s aging frigates and patrol combat corvettes. The 122-meter-long (400-foot-long) ship is equipped with guided missiles and guns and can carry a helicopter for marine operations. The Navy also marked the 74th anniversary of its foundation. [YONHAP]