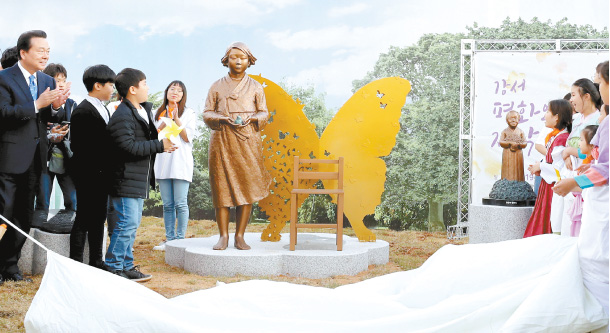 A statue symbolic of victims of Japanese wartime sexual slavery during World War II, euphemistically called comfort women, is unveiled in a ceremony at Gangseo District, western Seoul, Monday. Civic organizations launched the project in 2017 to commemorate a dozen comfort women victims including the late Hwang Geum-ja who resided in the district. A separate monument, seen in the right of the picture, was also erected for Hwang. [YONHAP]