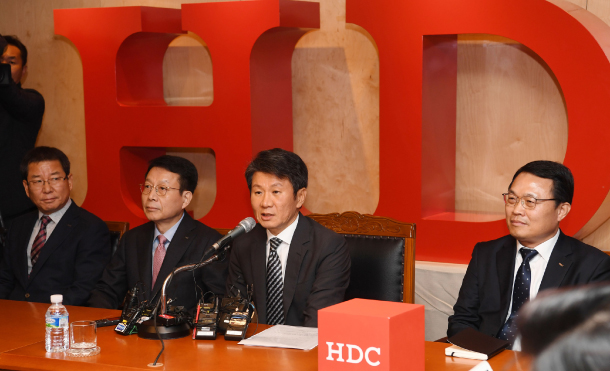 Asiana Airlines could have its first new owner since the company was founded 31 years ago after a bid by HDC Hyundai Development and Mirae Asset Daewoo for a controlling stake in Korea’s second-largest airline was selected.

The board of Kumho Industrial, which created the airline in 1988, chose the joint bid over two others by Aekyung Group, the cosmetics giant that owns budget airline Jeju Air, and the Korea Corporate Governance Improvement Fund (KCGI), an activist investment fund which is also the second-largest shareholder of Korean Air, the country’s largest airline.

“Among the three consortium that participated in the final bidding for Asiana Airlines, the HDC-Mirae Asset consortium was chosen as it was considered the most appropriate candidate to normalize Asiana Airlines’ management and secure the airline’s competitiveness over the long run,” said a Kumho Industrial official.

“If the HDC Hyundai Development consortium successfully acquires all airlines under Asiana Airlines, it is expected to take advantage and aggressively compete in the market,” said Jade Lee, service and payment analyst at Euromonitor International Korea.

“In addition, it is expected to have great synergy with the hotel business and duty free business that Hyundai Development has been already operating.”