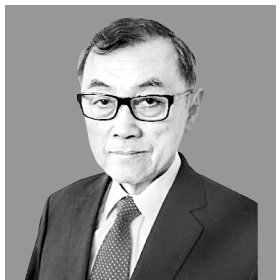 While China and the United States once again appear to be close to a trade agreement, the fact that it is a “first phase” accord makes it clear that more difficult issues have been left for a second, and possibly third, phase.

Meanwhile, senior members of the Trump administration have ratcheted up their rhetoric, subjecting China to rare criticism about its increasing authoritarianism.

Vice President Mike Pence, in a speech on Oct. 24, criticized China’s performance in multiple areas, including its trade surplus with the United States, Beijing’s treatment of Muslim minorities in Xinjiang, alleged Chinese theft of American intellectual property and Chinese militarization of the South China Sea.

He also accused China of pressuring American companies to “self-censor to maintain access to that Chinese market.”

But, Pence asserted, Washington “does not seek confrontation with China” but rather “a level playing field, open markets, fair trade and a respect for our values.”

“America will continue to seek a fundamental restructuring of our relationship with China,” he said. “This is a relationship that both the United States and China have to get right.”

Pompeo recalled America’s “long-cherished tradition of friendship with the Chinese people” but, he said, “The Communist government in China today is not the same as the people of China.”

Pompeo was frank in acknowledging that the United States had been slow in recognizing the challenges posed by China.

“We downplayed ideological differences, even after the Tiananmen Square massacre and other significant human rights abuses,” he said. “We hesitated and did far less than we should have when China threatened its neighbors like Vietnam, and like the Philippines, and when they claimed the entire South China Sea.”

The United States, Pompeo said, also “downgraded our relationship with our long-time friend, Taiwan, on the condition that the ‘Taiwan question’ would be resolved peacefully, to normalize relations with Beijing.”

He said that Washington had been far too accommodating, even when China’s rise “was at the expense of American values, Western democracy, and security, and good common sense.”

Before concluding, Pompeo said that in the coming months he would be delivering more speeches on China. The New York speech was but the first shot in a campaign.

The following week, Pompeo spoke in Germany to mark the 30th anniversary of the fall of the Berlin Wall. He warned that “the Chinese Communist Party is shaping a new vision of authoritarianism” and “uses tactics and methods to suppress its own people that would be horrifingly familiar to former East Germans.”

The day after Pompeo’s New York speech, another spokesman, Geng Shuang, accused the secretary of trying to “drive a wedge” between the Communist Party and the Chinese people. “Mutual respect and seeking common ground while shelving differences is the right way for countries to get along,” he said.

After the Berlin Wall speech, Beijing’s nationalistic Global Times accused Pompeo of “telling a big lie” in saying that the Communist Party was “shaping a new vision of authoritarianism.” Again, Pompeo was accused of “trying to drive a wedge between the Chinese people and the ruling party.”

The truth is, the only so-called parties allowed to exist are those that support the Communist Party. Potential opposition politicians end up in jail.

In defense of authoritarianism, China asserts that every country should be free to choose its own political system. That sounds fine. But then, when did the Chinese people freely choose a political system whereby they forfeit the right to change the government?

The Communist Party claims a mandate from winning the civil war in 1949. That was 70 years ago. Moreover, at the time the Communists depicted themselves as democrats. Every July 4, America’s Independence Day, the party’s Xinhua Daily ran an editorial praising democracy. The party certainly did not say that, once in power, it would never step down. So, what is the source of its legitimacy today?
Such questions aren’t being raised in the first phase negotiations. But if talks go on, basic issues will inevitably surface. In the first phase of talks, Hong Kong was mentioned. In future negotiations, it is entirely possible that Washington’s assumption that the Taiwan issue would be resolved peacefully when it established diplomatic relations with China might surface. What then?

It’s not clear the U.S.-China relationship itself can survive such close scrutiny. Perhaps, as spokesman Geng said, the two countries should “seek common ground while shelving differences.” But that seems unlikely given current political sentiments in Washington.