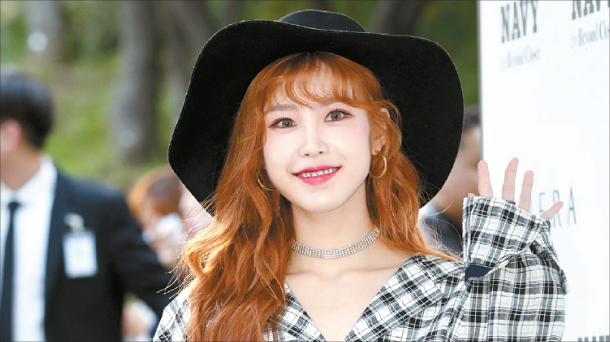 Singer Jun Hyo-seong will be celebrating the 10th anniversary of her debut with a new digital single, her agency JHS Entertainment said on Wednesday.

“Jun Hyo-seong will meet with her fans through her new track ‘Starlight’ on Nov. 21,” the agency said.

Not only is this her first new song in three years and six months, this is also the singer’s first new release after a legal dispute with her former agency TS Entertainment officially came to an end in July.

Jun signed with the agency Tommy & Partners last year, after which TS Entertainment sued her for signing “an illegal double contract.” The court took Jun’s side.

She recently parted ways with Tommy & Partners, and established her own agency, JHS Entertainment.

Jun made her debut in 2009 as a part of the girl group Secret and frequently released solo songs, some of which have topped the charts, including “Good-night Kiss” (2014) and “Into You” (2015).