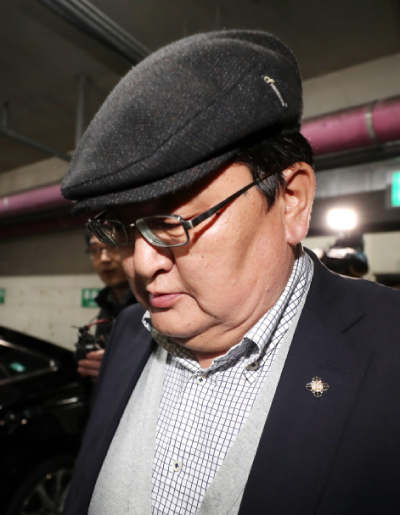 Korean prosecutors on Wednesday indicted a prominent Mongolian judge on a summary offence and ordered he pay a fine of 7 million won ($6,000) for allegedly groping a Korean Air flight attendant on a plane late last month.

A person accused of a summary offence, usually considered to be less serious, doesn’t have to appear in court, and a judge hands down a verdict mainly by reviewing documents submitted by investigative authorities.

In explaining their calculation behind the 7 million won fine, Incheon prosecutors said they took into consideration similar cases involving foreigners in the past, how Odbayar Dorj, 52, chairman of the Mongolian Constitutional Court, “harmed the safety of other passengers” on the plane through the alleged crime, and how he tried to evade punishment by falsely claiming he has diplomatic immunity, which he doesn’t.

Dorj has been indicted on charges of violating the Aviation Security Act and Article 298 of Korea’s Criminal Act through an “indecent act by compulsion.”

The Mongolian judge was slapped with a 10-day ban from leaving Korea on Nov. 5 as police officers and prosecutors were investigating him, which means he’s not supposed to leave the country until tomorrow.

However, prosecutors say they’ve asked the Ministry of Justice to lift the ban considering Dorj has already paid 7 million won as a deposit.

It was not immediately known whether Dorj left Korea as of 8 p.m. press time Wednesday.

According to a source from the prosecution, the Mongolian Embassy in Seoul submitted a reference letter to prosecutors saying Dorj would “faithfully comply with the remaining criminal procedures.” The source continued that when prosecutors indict foreign suspects with fines in Korea, it’s normal to receive the fines first and then make the indictment, which is why Dorj has paid already.

Legal experts had expected the Mongolian judge to be convicted of a summary offence and fined primarily because he’s a foreigner, and if prosecutors were to indict him with a jail sentence, there would be a high chance he’d be given a suspended sentence in court, which has meager “punitive effectiveness” for someone living abroad.

Dorj faces allegations that he grabbed the buttocks of a Korean flight attendant in her 20s on the night of Oct. 31 during his flight from Mongolia to Incheon. Dorj, at first, claimed he was being mistaken for another passenger, but later said he couldn’t remember the alleged sexual assault because he was drunk.