The Kia Tigers announced the signing of pitcher Aaron Brooks on Thursday. 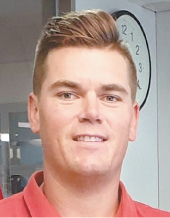 The Tigers said Brooks has agreed to a one-year contract worth $679,000 — $200,000 in signing bonus and $479,000 in guaranteed salary.
The right-handed pitcher made his major league debut with the Kansas City Royals in 2014. After briefly playing for the Oakland Athletics, Brooks most recently appeared with the Baltimore Orioles this season.

This season, Brooks appeared in 18 games in the majors, for the Athletics and the Orioles, and picked up six wins and eight losses with a 5.65 ERA.

Brooks probably won’t have much trouble blending into the team as he used to work with the Tigers’ new foreign manager Matt Williams, when he played for the Athletics at the beginning of 2019.

With the signing of Brooks, the Tigers will also have to part ways with one of its current foreign pitchers — Jacob Turner and Andrew Wieland. This season, Turner picked up seven wins while Wieland picked up eight.

The Tigers finished seventh in the league with 62 wins, two draws and 80 losses.