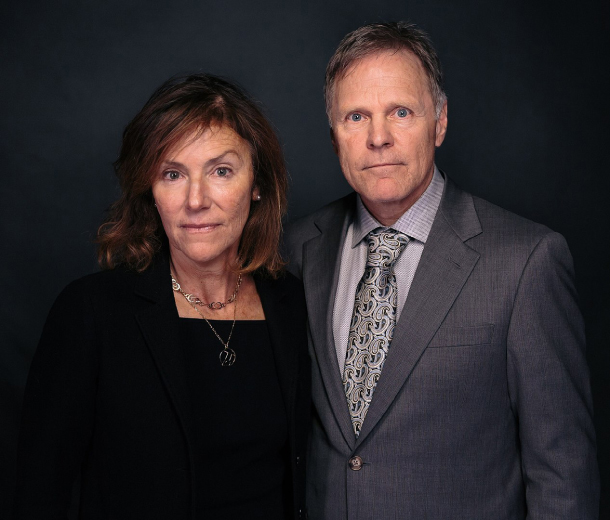 The Blue House has turned down a request from a civic group that President Moon Jae-in meet with the parents of the late Otto Warmbier, an American student who died in 2017 shortly after his release from captivity in North Korea.

The Korean War Abductees’ Family Union, an advocacy group representing families of over 80,000 people abducted by the North during the 1950-53 Korean War, said Thursday that its request for Moon to meet with Fred and Cindy Warmbier during their visit later this month was recently turned down.

Lee Mi-il, the president of the family association, sent the request to the Blue House earlier this month, but the National Security Office of the Blue House sent a reply on Wednesday to say that the meeting will not be possible due to Moon’s busy schedule.

The Warmbiers are coming to Korea to attend an event that the group is hosting. On Nov. 22 in Seoul, South Korean, Japanese and Thai families of victims of the North’s abductions will gather to discuss countermeasures and form an international alliance for future action.

“The Blue House turned down the meeting without any words to comfort the parents who had lost their son because of the cruelty of the North Korean regime,” an official of the Korean War Abductees’ Family Union said.

A Blue House official, however, said Thursday that the group did not ask for a private meeting between Moon and the Warmbiers. “They asked the president to attend the event and meet with the victims including the parents of Otto Warmbier,” the official said. “They also did not inform us of the specific time, venue or other details of the events when they first made the request.”

After 17 months of captivity, he was released by the North in a vegetative state. He died six days after his return to the United States.

His family has since become a strong critic of North Korea’s human rights abuses. His father, Fred Warmbier, attended a United Nations symposium in May and called the North’s leader Kim Jong-un a criminal. “He’s a criminal and he’s a murderer,” Warmbier said. “Every member of Kim’s regime is a thug.”

Warmbier’s parents were also invited to the White House for a dinner with U.S. President Donald Trump in September.

The conservative opposition Liberty Korea Party (LKP) criticized the Blue House for having turned a blind eye to the North’s human rights violations, even though Moon is a human rights lawyer.

“Otto Warmbier is a symbol of the North’s vicious infringement on human rights,” said Rep. Jun Hee-kyung, spokeswoman of the LKP. “Because of him, the world began to realize once again the cruelty of the North.”

She said Moon turned down the request because he was trying to please North Korea. She also criticized Moon for his lack of meetings with North Korean defectors.