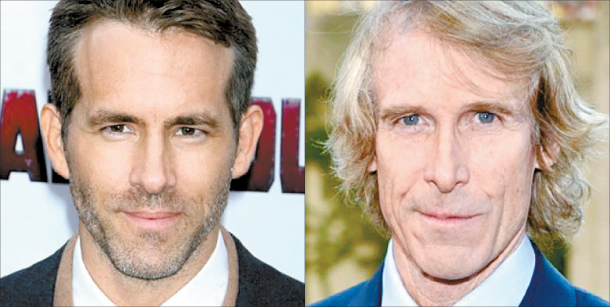 Hollywood star Ryan Reynolds and director Michael Bay are scheduled to visit Korea on Dec. 2 to promote their Netflix film “6 Underground,” the streaming service announced on Friday.
The rest of the cast will also be visiting Korea with Reynolds and Bay to attend press conferences and events to meet local fans, although their schedules have not been finalized yet.
“6 Underground” is an action blockbuster in which six talented individuals form a vigilante squad after they fake their deaths to become “ghosts,” each wanting to start afresh in their lives and bring justice to the world with their own hands, free from the conventional politics and rules that had hindered them before.
Reynolds is most familiar to local audiences for his role in the “Deadpool” series, and Bay is the director of the “Transformers” film series.
The film will be available on the streaming platform on Dec. 13.