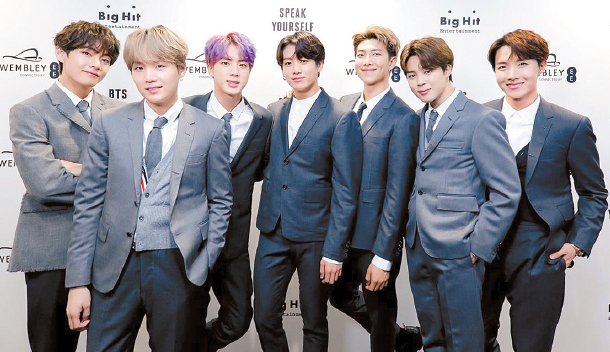 The group also received the “Global Artist Top 12” prize, given to 12 acts who have been supported by fans through the video platform.
BTS was not present at the ceremony.

Monsta X was also one of the 12 acts to receive the “Global Artist Top 12” award. The group also received the “Global Partnership” award.
“We love V Live because it allows us to communicate with our fans,” the group said during their acceptance speech.

Along with award presentations, many acts put on performances at the event. Mnet’s project boy band X1 was scheduled to participate, but as the “Produce” series has recently become mired in a vote-rigging scandal, they decided to cancel their appearance on Friday.
The group received the “Global Rookie Top 5” award.

Local K-pop groups as well as popular singers from around the world, such as Anne-Marie, Noo Phuoc Thinh and Afgansyah Reza also performed during the event.