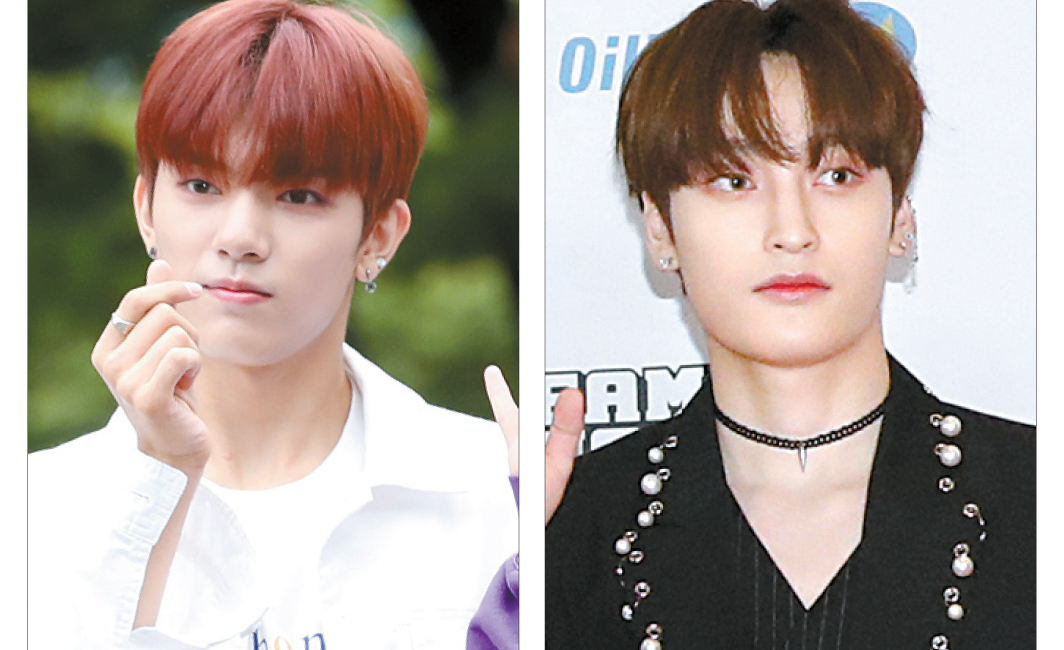 Members Jo Woo-yeop, left, and Yang Tae-seon of boy band TRCNG have demanded their exclusive contracts be terminated with their agency TS Entertainment after accusing staff members of the agency of child abuse and assault.

According to Namkang Law & IP Firm, who are representing Jo and Yang, on Monday, the two sent necessary files to have their contracts with the agency nullified on Nov. 4 and also reported three personnel from the agency - including CEO Park Sang-hyun - to the police last week.

“CEO Park frequently assaulted the members and made them ‘compete’ for who would get beaten,” Namkang Law & IP Firm said.

“Jo Woo-yeop was treated in the hospital for two weeks after being beaten with a steel chair by a choreographer surnamed Yoon in June.”

The members were also forced to practice from 5 p.m. to 5 a.m. nonstop, without any sleep, the attorney said.

Park on the other hand, will be taking countermeasures against the two members for “spreading false lies,” according to the CEO.

“The two members’ utterances are completely false, and I will be reporting them [to the police],” Park said.