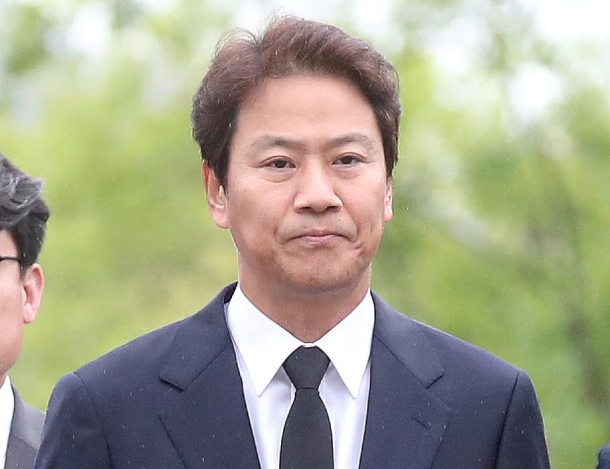 Im Jong-seok, President Moon Jae-in’s former chief of staff, announced his decision to not run in next year’s general elections Sunday, fueling speculation that more senior politicians of the ruling party will follow his suit.

Im, 53, posted a message on his Facebook to announce his decision to not run in the April elections. “I will leave the politics of the establishment and return to where I was,” Im said. “From now on, I want to devote myself to the unification movement.”

Im was a prominent student activist during the 1980s, particularly famous for having orchestrated an illegal propaganda visit by another activist, Lim Su-kyung, to North Korea in 1989. He started his political career by winning a lawmaker seat in 2000. He was reelected in 2004 and later served as the deputy mayor of Seoul.

He worked on Moon’s presidential campaign and served as the presidential chief of staff from May 2017 until January this year. After he left the Blue House, speculation was high that he was preparing a bid to run in the April general elections as a ruling Democratic Party (DP) candidate.

The DP was shocked by Im’s decision. “It was announced so abruptly,” DP spokesman Lee Hae-sik said Sunday. “We didn’t know anything about it.”

“I didn’t know about it,” Rep. Lee In-young, floor leader of the DP, also said Sunday.

The surprise announcement of Im’s departure from the political establishment came as the DP leadership showed concerns about political ambitions expressed by former Moon administration members. According to the DP sources, as many as 40 are preparing their bids for the upcoming elections.

Yang Jeong-cheol, head of the DP’s think tank Institute for Democracy and a key strategist for the ruling party, was particularly concerned about the situation. Yang reportedly told some DP lawmakers earlier this month that former presidential aides must not attempt to take advantage of their past connection to the Blue House and the president.

It remains to be seen if Im’s decision will trigger a domino effect. Im is the first prominent DP politician who has decided to not run.

So far, only two first-term DP lawmakers - Rhee Cheol-hee and Pyo Chang-won - have said they will not seek reelection. Some senior lawmakers serving in the Moon cabinet such as Interior and Safety Minister Chin Young and Minister of SMEs and Startups Park Young-sun are expected to not seek reelection, but they have yet to make their decisions public.

Some senior politicians, particularly Im’s peers from the so-called 386 generation, reacted sensitively to the idea that they will also retire from politics to allow the party to recruit fresh faces. The “386” term was coined in the 1990s and refers to people who were in their 30s in that decade (accounting for the numeral 3), who went to college in the 1980s (the 8), and who were born in the 1960s (the 6). The “386” politicians - who attended university and were politically active during the pro-democracy movement in the 1980s - were recruited by Kim Dae-jung for the 2000 general elections in order to reinvent the party’s image.

Reps. Woo Sang-ho and Lee In-young of the DP were also recruited by Kim, at the time along with Im.

“After the Cho Kuk crisis, our generation faced various criticism,” Woo said Monday in an interview with TBS radio. “I feel insulted when the people say that our generation has become the political establishment to win powerful posts. We are not.”

Woo added that it was heartbreaking when the DP supporters demanded the “386” politicians retire. “The well-known [386 politicians] are Im Jong-seok, Lee In-young and myself. There is no one else,” he said. “Then you began to think, maybe I should just quit.”

Woo, however, said in the interview that he won’t follow Im’s suit.

“It doesn’t mean that all existing politicians must retire,” Lee also said Monday. “There will be harmony and competition between generations when those who will stay, stay, and those who make other choices, make their choices.” 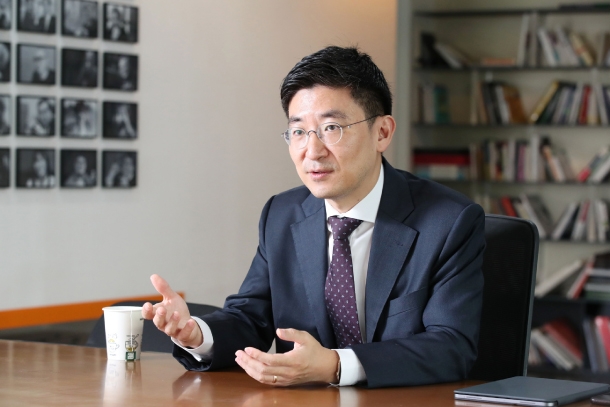 Leaders of the main opposition Liberty Korea Party (LKP) rejected Monday its key strategist Kim Se-yeon’s argument that the conservative party must dismantle itself because its lifespan has expired.

Kim, a three-term lawmaker and the head of the LKP’s think tank Yeouido Institute, held a press conference on Sunday and declared that he won’t seek reelection. Kim, then, urged all key members of the LKP to retire from politics in order to salvage the future of the conservatives.

“The LKP’s lifespan has run out,” said Kim. “With this party, we won’t be able to win the general election, not to mention the presidential election.”

“The existence of the LKP itself is harmful to the people,” Kim said. “The people make a mockery of the LKP by calling us lifeless zombies.”

Kim added that destruction is a must for creation. “We must completely dismantle,” Kim said. “We must start from a blank slate. The time has come for everyone to step down for a greater cause. The longer we resist, the more danger this country will face.”

Kim also said the LKP was abandoned by the people, noting that it has never scored a higher approval rating than that of the ruling Democratic Party (DP). “The LKP’s unlikableness is always ranked at the top,” he said. “It doesn’t have sensitivity or the ability to empathize with the public. Therefore, it has no ability to communicate.”

While noting that Chairman Hwang Kyo-ahn and Rep. Na Kyung-won, floor leader of the LKP, are leading the party in an extremely difficult situation, Kim said they must set an example by resigning first, and the rest of the members should follow.

“We all need to take responsibility together,” he said. “The party must formally and completely dismantle.”

The press conference by Kim was seen as a surprise. He is a key member of the LKP, who has won three terms in Busan’s Geumjeong District. Kim said he will work his best as a lawmaker for his remaining six months of tenure. He also said he will continue to serve as the head of the Yeouido Institute.

Rep. Na, floor leader of the LKP, also turned down Kim’s call for her immediate resignation. “I believe he was expressing his deep loyalty to the party,” she said. “But the most important job of the LKP right now is stopping the fast-tracked bills to create a new investigative agency for public servants and change the election system. I believe it is my duty to complete this mission.”

Kim’s demand was made as first- and second-term lawmakers of the LKP are increasingly asking senior politicians to retire to reinvent the party. They have said those who have won multiple terms in the party’s traditional strongholds of the Yeongnam region (Daegu, Busan and South and North Gyeongsang) must not seek reelection or run in the strategic districts in order to face strong DP rivals.

Earlier this month, Rep. You Min-bong, a first-term proportional lawmaker, and Rep. Kim Sung-chan, a two-term lawmaker representing Changwon and Jinhae of South Gyeongsang, announced that they won’t run. They also back the young lawmakers’ demands.

Although Kim Se-yeon is a three-term lawmaker representing a Yeongnam district, his bombshell press conference was not anticipated. “He is the youngest three-term LKP lawmaker with a bright future. No one imagined it,” an LKP lawmaker told the JoongAng Ilbo on Monday. “His decision, therefore, seemed to be serious and genuine.”

Senior politicians representing the LKP’s strongholds, however, did not budge. “Whenever an election takes place, the same idea is presented,” said a five-term lawmaker from a Yeongnam district. “The election is nearing, and it doesn’t make sense to let go of all veteran politicians.”