The KT Wiz announced the signing of free agent Yoo Han-joon on Tuesday, the second of the 19 free agents this year to have found a team for the 2020 season. 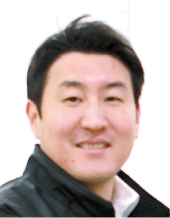 This season, Yoo served as the Wiz’s captain and fulfilled his role on and off the field. Yoo led the young players in the dugout and finished with a 0.317 batting average with 14 home runs and 86 RBIs throughout 139 games.

Under Yoo’s leadership, the Wiz had its best season in the KBO by finishing sixth in the regular season.

“I’m happy to work with my teammates and see the Suwon fans again,” Yoo said after the signing. “I consider KT the team that I’ll be playing for until I finish my career as a professional player. By signing a contract with great conditions, I feel a greater responsibility. I’ll work hard to help our team advance to the postseason next year.”

The 2019 free agent market is a lot slower and cheaper than previous years. The remaining free agents are now going to have to wait until after the KBO’s second round draft today.

Looking at the 19 free agents this year, there aren’t any big-name stars, and the majority are older than previous years. Due to this, the clubs appear to be pretty unwilling to sign a free agent, especially because the second round draft will be held this year.

The second round draft was created based on the major league’s Rule 5 draft. In December every year in the major league, the Rule 5 draft allows teams to draft young players that are only getting the opportunity to play in the minor league. The KBO established the second round draft with the same idea - giving players stuck in the Futures League a shot at joining the KBO. The system was established in November 2011, and this year marks the fifth edition.

Within the second draft, there are three rounds. If a player gets drafted in the first round, the club that drafted the player must pay their previous club 300 million won in compensation, while second round picks are worth 200 million and third round picks cost 100 million won.

Considering the difference in cost, it’s hardly surprising that the teams have been waiting for the draft to be over before considering the free agent market.

Normally in the KBO, clubs tend to fill their 40-man rosters with rookies and younger players. This means that the second round draft is often seen as an opportunity to bring in some older, more experienced players at a cheaper price.

Of the 10 KBO clubs, the Giants are expected to be the most active in the second round draft. When the free agent market kicked off, the Giants were expected to quickly try and sign one of the two catchers in the market - Lee Ji-young of the Kiwoom Heroes or the NC Dinos’ Kim Tae-gun. However, once the Heroes signed Lee on Nov. 13, the Giants announced they weren’t going to sign Kim.

Of the free agents, outfielder Jeon Jun-woo is considered the biggest name. Among the infielders, the Tigers’ An Chi-hong and Kim Sun-bin and LG Twins’ Oh Ji-hwan all earned their eligibility for the first time. Bears captain Oh Jae-won, star of the 2015 Premier12 winning team, also earned free agency.

Despite the relatively big names, none of the players have signed a contract.

With some very young rosters in the KBO at the moment, the clubs are looking for veterans who have experience playing in the Korean Series and have a few years left in them. Since these are really the type of players the second round draft caters to, the clubs aren’t rushing to spend their money.