The story begins with aged Frank Sheeran reminiscing his golden age as a mafia hit man in a nursing home.

Sheeran was a regular meat packing delivery guy/drug dealer until he meets a lawyer Bill Bufalino. Impressed with Sheeran’s loyalty in refusing to name names when he gets caught, Bufalino introduces him to another world behind a regular one filled with crimes and gangsters, and Sheeran fits in to the shady crowd like he’d always been part of them.

The film features some legendary casts such as Robert De Niro as the main protagonist Sheeran, and others such as Al Pacino and Joe Pesci. Martin Scorsese directed the film. 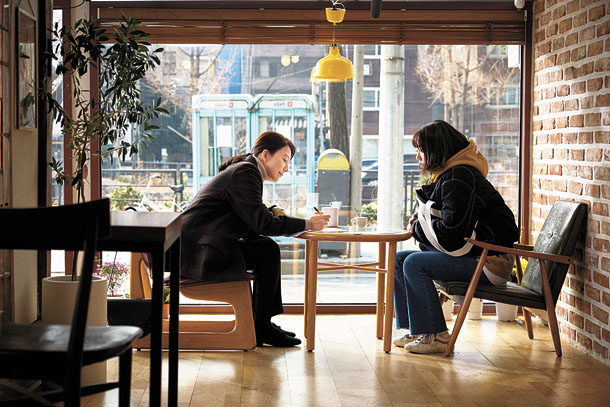 Yoon-hee is a single mother raising her daughter Sae-bom, and even though she recently got out of an unhappy marriage, she still remains depressed. Sae-bom doesn’t understand why a shadow seem to hang over her mother’s shoulders all the time until she reads a letter addressed to her mother: It is a letter written from Otaru, Japan, by her mother’s first love Jun. As she reads the letter, Sae-bom realizes that Jun is in fact, a woman.

After the discovery about her mother’s sexuality, Sae-bom discreetly plans a meet-up between the two, nonchalantly suggesting that they go on a mother-daughter road trip to Otaru.

Although the bank was valued at 70 trillion won ($60 billion), it was sold off at the outrageous price of 1.7 trillion won, and Yang realizes that he has stumbled upon on the biggest finance scandal in the country’s history, involving a myriad of big corporations and government institutions, such as the Financial Supervisory Service, law firms and foreign private equity firms. He grows increasingly determined to get to the bottom of the case. 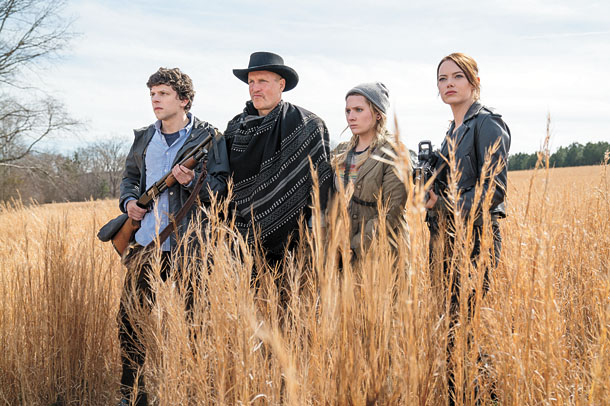 It’s been 10 years since the zombie apocalypse destroyed the world and turned it into Zombieland.

But there is one group of survivors in the United States who has worked to get rid of zombies high and low from all over and managed to maintain their human status by sticking together - Tallahassee, Columbus, Wichita and Little Rock.

The group members deem themselves as experts in destroying zombies and set up a new home in the abandoned White House. Ironically however, although the group works together perfectly when killing off zombies, the members struggle to express human emotions, and the group finally breaks apart when Wichita and Little Rock leave the nest.

But when the evolved, durable and agile super zombies begin to proliferate across the country, the group must come together again to fight them off.

The two men become lovers, but, at Clive’s insistence, they maintain a non-sexual relationship, as Clive believes that crossing the line would tar the meaning of their relationship. When one of their friends is dishonored for being a homosexual, Clive, not wanting to risk his secure future in the upper class, breaks up with Maurice and marries a woman, ultimately breaking his former lover’s heart.

After Clive gets married, Maurice begins to believe that his homosexuality is a mental disorder and seeks a cure through hypnosis treatment. But can he really cure his sexuality?