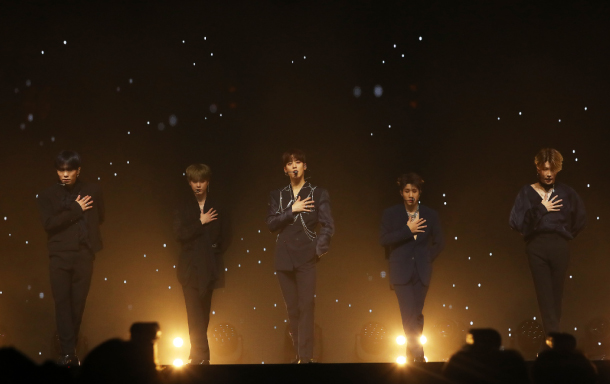 Boy band Astro performs their new track “Blue Flame” on Wednesday at the Yes24 Live Hall in eastern Seoul, for the showcase of their sixth EP of the same title. “Blue Flame” comes 10 months after the band’s first full-length album “All Light,” which came in January. [YONHAP]