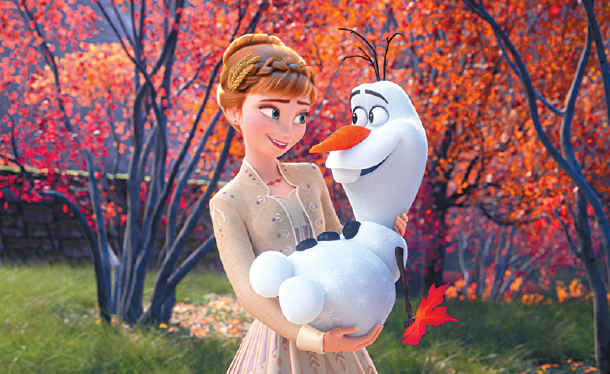 Local anticipation for the Disney animated film “Frozen 2” is as high as expected, as the number of ticket pre-sales topped 1.1 million at 6 a.m. on Thursday, according to data from the Korean Film Council.

Multiplex theater chains are filled with “Frozen 2” screenings on its release date on Thursday, securing about 2,500 screens in local cinemas.

Fans who have been awaiting the film’s release were seen visiting the theaters early to avoid any spoilers.

The sequel to the immensely popular “Frozen” (2013) takes sisters Elsa and Anna into the world beyond the borders of the kingdom of Arendelle to discover the origin of Elsa’s powers.

People who have seen the film have praised the movie’s strong storyline and wonderful music, saying that it didn’t fall behind the first film. One online review on the website of local theater chain CGV noted that “how much Elsa and Anna have grown is so beautiful to see.”