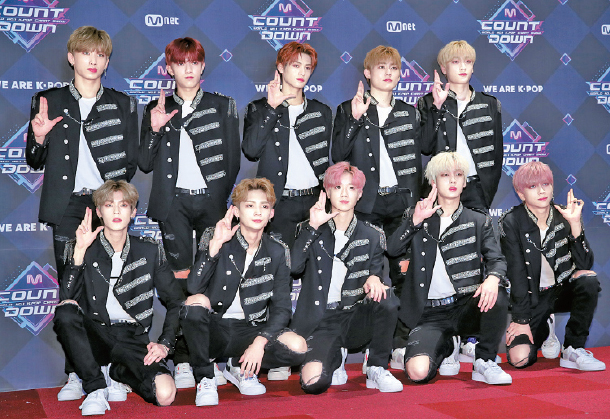 After Jo Woo-yeop and Yang Tae-seon of boy band TRCNG took legal action and accused their agency TS Entertainment of child abuse earlier this week, the parents of the group’s eight remaining members have spoken up to express their trust in the company.

“The parents of TRCNG asked to make their opinions public through a hand-written note,” TS said on Thursday through a press release, which included a photograph of a note said to be written by the mother of one of the group’s members when all of the parents were seated together.

“The parents of the other eight members of the group have decided to work towards TRCNG’s success as we continue to trust and support each other after consistent communication with the company,” the note read. “We also plan to take legal action against false claims. […] We find the rumors very regretful.”

TS also added in the press release that “TRCNG (excluding Woo-yeop and Tae-seon) will continue as an eight-member act. We ask for your interest and support.”

On Monday, Namkang Law & IP Firm, which represents Jo and Yang, said it sent the necessary files for the two members to have their contracts with the agency nullified on Nov. 4 and also reported three individuals working for the agency to the police.

The staff at TS has been accused of overworking, physically assaulting and extorting money from members, the oldest of whom are 19, according to Jo and Yang. The two were questioned by police regarding their accusations on Thursday.

TS Entertainment has already fought legal battles with several of its artists before, including the rapper Sleepy and members of girl groups Sonamoo and Secret.