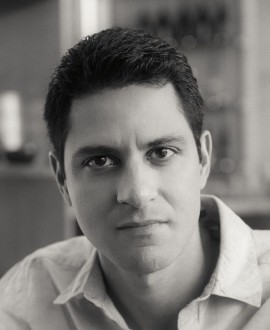 Helder Ferreira do Vale
The author is a professor at the Hankuk University’s Graduate School of International and Area Studies (GSIAS).

Luis Inácio Lula da Silva, the influential Latin American leftist leader and former president of Brazil is a free man. The 74-year-old was serving a 12-year corruption sentence, but was recently released following a controversial decision from the Brazilian Supreme Court. Despite pending changes, the high court ruled that until all judicial appeals are exhausted, Lula da Silva will remain free. Lula da Silva’s supporters received the news of his release with jubilation, while the backers of the far-right Brazilian president Jair Bolsonaro reacted to the news with anger.

Since Lula da Silva was arrested in April 2018, Brazilian politics has grown increasingly polarized. Lula da Silva was a hugely popular president during his two terms in office (2003-2011), and was leading the polls in a comeback bid in 2018. His legal troubles and imprisonment, however, barred him from running for office and paved the way for Bolsonaro’s victory in October 2018.

Lula da Silva and his supporters consider his incarceration politically motivated. They also question the legitimacy of the corruption probe launched in 2014 under the label Operation Car Wash. This anti-corruption investigation has been highly praised by Brazilians who became accustomed to passive judicial authorities in the face of corruption among powerful national politicians. In spite of the widespread culture of impunity, Operation Car Wash convicted 159 politicians and business people, and claims to have recovered and returned approximately $912 million to the public treasury so far.

Initial public support for the anti-corruption fight was strong, but is now declining. The main judge of Operation Car Wash, Sergio Moro, became the minister of justice in president Bolsonaro’s ultra-right government in early 2019. Now that minister Moro has shown his true political colors, doubts have been raised about his impartiality when he was a judge. His credibility was further damaged when the online newspaper The Intercept Brazil released audio recordings of conversations between public prosecutors and Moro that clearly showed their intention to politically target Lula da Silva during the judicial investigations.

The anti-corruption operation spearheaded by Moro harmed the political influence of Lula da Silva, although today he remains the strongest leftist political leader in Brazil. Indeed, Lula da Silva’s release from prison marks the resurgence of the leftist opposition to president Bolsonaro’s government. It is becoming clear that Lula da Silva is the only one with enough political capital to reinvigorate and mobilize a now-dormant political opposition that has been largely ineffective in challenging president Bolsonaro.

What is less obvious is how he will unite a divided Brazilian left, or if he might attempt to attract the support of parties from the center of the ideological spectrum. For his part, Lula da Silva indicates he will double down on his anti-institutional and ideological rhetoric.

Lula da Silva’s reemergence on the Brazilian national political scene coincides with a growing public dissatisfaction with President Bolsonaro, who so far is the most unpopular Brazilian president in three decades. The list of President Bolsonaro’s unpopular actions is long. Early this year his minister of education announced a 30 percent budget cut to educational financing as a punishment for the “political mess” in the educational sector. Then there is his negligence in dealing with the devastating human-caused fires in the Amazon rainforest, showing his blunt disregard for environmental problems.

Equally damaging to President Bolsonaro’s public image is his systematic attempt to promote the political careers of his sons. Back in July, he attempted to nominate his 35-year-old son, Eduardo Bolsonaro, as Brazil’s Ambassador to the United States. President Bolsonaro gave a simple justification for nominating his son: “I intend to benefit my son.” Although the attempt was unsuccessful, President Bolsonaro went on to appoint the same son to lead the president’s party in the lower house of the national congress. After much bickering, the president’s son did become the party leader in the lower house a few weeks ago. The political fallout, however, has forced President Bolsonaro to think of abandoning the Social Liberal Party (PSL) to start a new party: the Alliance for Brazil.

Despite the political chaos in Brazil, the reformist agenda a group of center-right parliamentarians are pushing forward at the national congress has so far not thrust Brazil into the kind deep governance crisis recently seen in Chile and Bolivia. However, one of the practical effects of Lula da Silva being back in the political game is the potential to halt the reformist economic agenda in congress.

Current Brazilian politics has succumbed to a cult-of-personality politics dominated by two politicians, Lula da Silva and President Bolsonaro. Both hope to increase their popularity through a combination of two tactics: the deepening ideological polarization and the strengthening of their respective personality brands. In this polarization trap, democratic institutions become irrelevant in making effective policies and representing the interests of ordinary Brazilians.