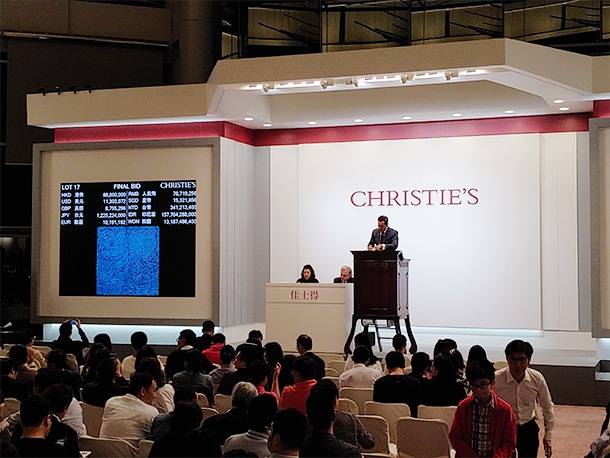 Kim’s largest painting, “05-IV-71 #200 (Universe)” (1971) sold for HK$88 million, or $11.3 million, on Saturday at Christie’s autumn auction held in Hong Kong, breaking not only his own record but also setting the record for the highest price any artwork by a Korean artist has fetched at auction.

This is also the first time for a Korean art work to exceed the $10 million mark, which is said to be a direct indicator of whether a country’s art market has a competitive edge on the international stage. 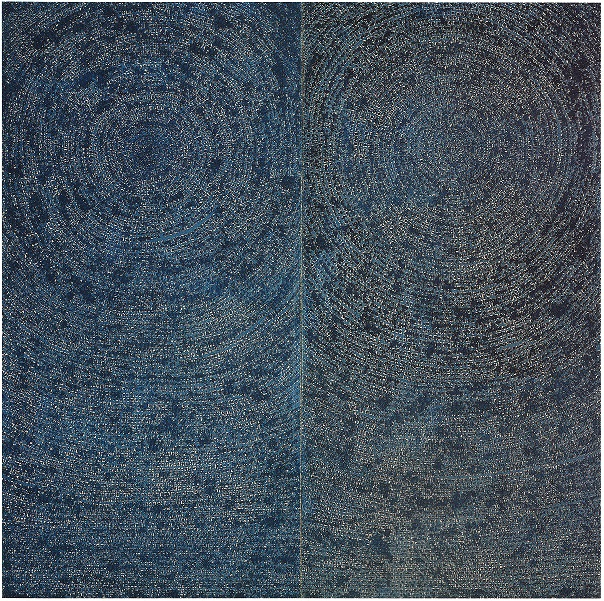 Kim Whanki's "05-IV-71 #200 (Universe)" (1971) is the only diptych created by Kim and the biggest piece as well. It was owned privately by Matthew Kim and Chae Kum Kim for nearly 50 years until this year. [WHANKI FOUNDATION]

The bidding for Kim’s “Universe” took place on Saturday at the Evening Sale of “20th Century and Contemporary Art” amid the two-day auction. Its price was estimated at HK$48-62 million, or $6-8 million.

This autumn’s Christie’s auction was the first time “Universe” went on sale since its completion. The work, the only diptych and also the biggest work by Kim, was brought to Hong Kong by Matthew Kim and Chae Kum Kim, close friends of the artist who bought the piece from him. Since then, it has only been on display at the Whanki Museum in central Seoul.

Kim currently holds the record for the top five highest priced artworks in Korea. His red dot painting “3-II-72 #220” was sold for 8.5 billion won in May last year at the Seoul Auction’s Hong Kong sale, marking a record at the time.