The history of comedy in Europe is full of jokes about stereotypes. Although largely out of vogue now, comedians used to tell jokes based around the idea that French people drink lots of wine and don’t like to work, Germans have ruthless efficiency and no sense of humor and Italians are irresponsible romantics. Of course these stereotypes are all untrue, but they persist in Europe to this day. 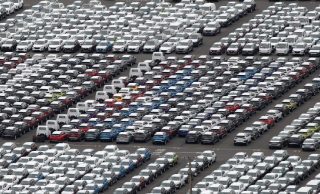 French automotive manufacturer PSA and Italian-American carmaker Fiat Chrysler are in the process of a merger. But some are already joking about whether the French and the Italian can work together. The two countries are similar yet different, with greater differences than similarities.

Both take pride that they are the center of European culture, but they don’t acknowledge each other. France was a medieval power and ignores Italy, which became a unified country in the 19th century. Italy is the origin of wine, and France is the suzerain of wine, and they reject each other’s wines.

The merger will not just bring together the two countries. While Chrysler is owned by Italians, it is American at heart. Here, Chinese capital is involved. Dongfeng saved PSA during a management crisis in 2014 and is a major shareholder with a 14 percent stake.

Will the four families under one roof — French, Italian, American and Chinese — be a game changer for the automobile industry or a disaster?

In the third quarter, the global automobile market shrunk by 5.6 percent compared to the same period last year. The industry predicts that the automakers in the top 10 could go under in the near future.

Can the Korean automobile industry survive? The future is far more opaque than we think.