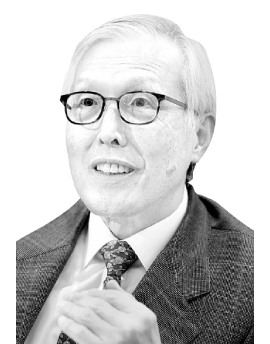 Shin Kak-soo
The author is a former Korean ambassador to Japan and chairman of the steering committee on Korea-Japan Vision Group.

The General Security of Military Information Agreement (Gsomia) between Korea and Japan was saved before it was due to terminate Saturday midnight after the two governments gave into pressure from the United States. Seoul offered to temporarily hold off on its decision to walk out of the mutual pact as well as suspend the procedures of complaint against Tokyo for its export curbs at the World Trade Organization (WTO) while dialogue is underway. Tokyo also agreed to hold director-level talks over its export curbs that removed Korea from its so-called white list. The reconciliatory steps come as a relief to both countries, when considering the huge ramifications of the nullification of a military-sharing pact. Still, the procedures — the tactical reversal of a strategic decision — have been disappointing.

Tokyo should first be blamed for taking the extreme action after it unfairly discriminated against Korea for strategic exports that go against the WTO rules. But Korea’s use of Gsomia — an important security asset and a symbolic pillar to bilateral and tripartite security alliance with the United States — as leverage was a suicidal move. The military pact cannot serve as a bargaining chip for an economic issue particularly at a time when a nuclear threat from North Korea remains high and the geopolitical environment in East Asia has become unpredictable.

Korea’s decision drew critical voices from the U.S. State and Defense Departments, the Joint Chiefs of Staff and Congress. Seoul could have lost potential white knights in Washington who could come to its aid against the unilateral ways of U.S. President Donald Trump on North Korean issues, U.S. forces in Korea and defense cost sharing. Korea’s resort to use the Gsomia card also helped mitigate the negative image of Japan in the international community for taking discriminative trade action.

Although Seoul and Tokyo have avoided the worst, they are far away from finding a fundamental solution. Bilateral ties have soured after the Korean Supreme Court’s rulings on wartime forced labor, Tokyo’s export restrictions and Seoul’s threat to scrap Gsomia. Although the three factors are linked, the main cause of the conflict was the wartime labor compensation issue. Therefore, unless the issue is effectively settled, an unstable relationship will prevail on both sides.

There is not much time left until plaintiffs act out the rulings enabling them to liquidate assets of Japanese companies in Korea in compliance with the top court order to compensate Koreans for underpaid — and unpaid — labor during the colonial period. Since the first ruling from the court in October last year, the administrative and judiciary branches are in conflict, not to mention the friction between domestic and international laws. A judiciary interpretation on a diplomatic agreement — the 1965 basic treaty settling all claims from the colonial period in return for the normalization of diplomatic relations — could stoke various repercussions.

The government must seek an agreement with Tokyo by presenting a negotiable package with responsibility and leadership. It also must take domestic legislative steps in Korea based on consensus with the people. At the same time, the government must persuade Japanese companies to respect the Korean Supreme Court rulings to some extent. The two countries could establish a bilateral relationship on stable footing if they can include institutionalized ways to improve future exchanges in their settlement.

Simultaneously, Seoul must reset its relationship with Washington. It must take up various challenges in bilateral relations with the Trump administration — higher defense cost sharing, a potential small deal on the North Korean nuclear issue and a possible scale down of U.S. troops in Korea, to name a few — and go beyond the misunderstanding and negative perception of Trump who faces both impeachment and re-election. Above all, Seoul must tend to the alliance with the United States as a strong pillar against the fluid and unstable Northeast Asian geopolitical environment.

Seoul does not have many friends on the external front. Strengthening its alliance with Washington and restoring ties with Tokyo can better position the country. The government must engage in proactive — and pre-emptive — diplomacy instead of a reactive one.