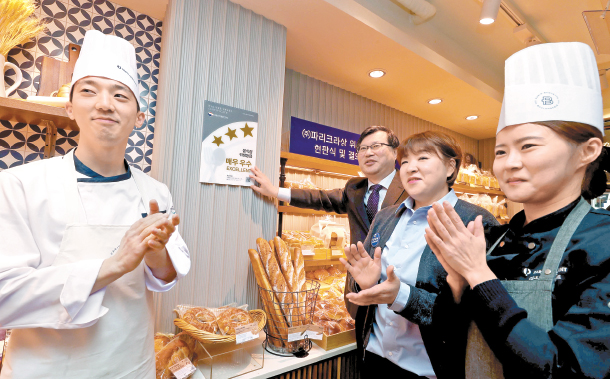 Choi Sang-rak, Vice Minister of Food and Drug Safety, second from left, poses with the employees of Paris Baguette’s branch in Hongje-dong, Seoul, on Tuesday in putting up a plague that certifies the bakery’s sanitary operation. Paris Croissant, which operates not only the bakery but also the coffee franchise Pascucci and burger store Shake Shack has signed an agreement to adopt the government’s sanitary inspection grading system in all of its 4,000 stores across the country by end of 2020. [YONHAP]