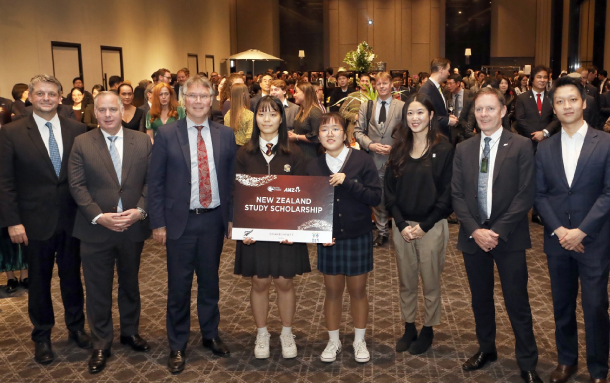 New Zealand’s Minister for Trade and Export Growth David Parker, third from left, New Zealand Ambassador to Korea Philip Turner, second from right, and two Korean students, who are the recipients of scholarships from the New Zealand government that allow them to study in the nation, center, celebrate the 2019 Year End Grand Hui, a traditional Maori social gathering, at the Grand Hyatt Seoul hotel in central Seoul on Monday. [PARK SANG-MOON]