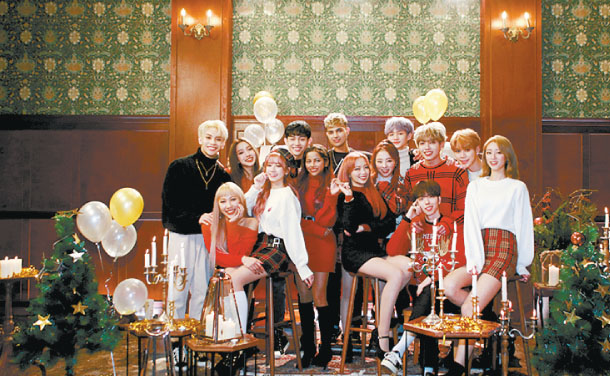 The two groups, comprised of seven members each hailing from India, Indonesia, Japan, the Philippines, Taiwan, Thailand and Vietnam, will release “Z-Pop Dream - The Gift” together under the combined project band Z-Stars.

The members will include messages in their native languages for the track “It’s Christmas!” and release a music video as well. Mahiro, the Japanese member of Z-Girls who didn’t participate in the group’s previous release due to health reasons, will be rejoining their activities for “The Gift.”

Z-Boys and Z-Girls recently wrapped their promotional tour in Thailand last week, appearing in radio and TV shows and putting on street performances.